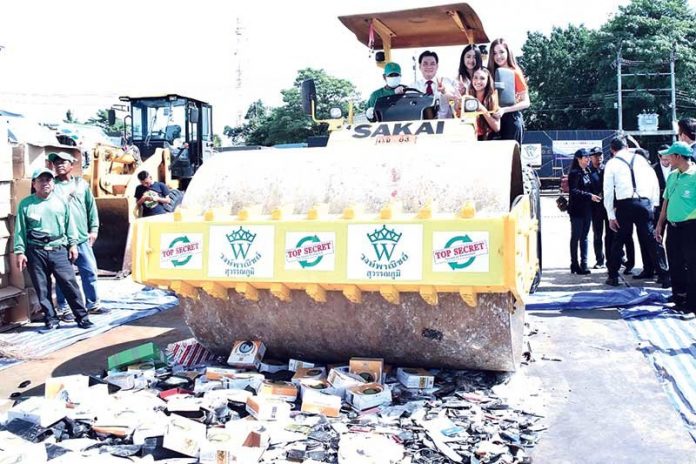 Commerce minister and deputy prime minister Jurin Laksanavisit was a guest of honor at a big event to show that Thailand cares about stamping out pirated goods.

Jurin said it was all part of ongoing efforts to stamp out pirate goods from Thailand and increase confidence from people like foreign investors.

Several countries Embassy personnel was among those invited to the show at an artillery airfield in Don Muang northern Bangkok on Thursday morning.

Naew Na said that 10,620,825 items were pulverized in the event designed to exhibit Thailand’s transparency in their actions to stop piracy.