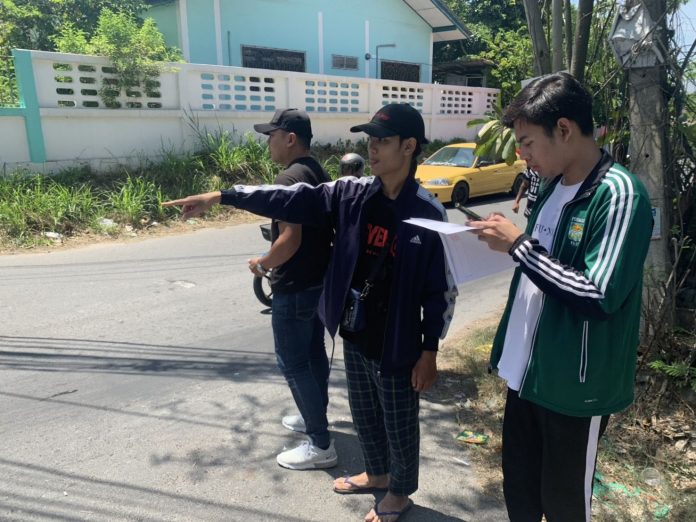 They told police that the incident had happened at 1:AM early this morning. They were on a motorbike heading back home and had stopped at a food stall.

Two seemingly intoxicated male suspects on a motorbike were trying to get near them while they were near Soi Nern Plub Warn in Central Pattaya.

The two suspects were caught on video threatening them for property and valuables. The victims gave them 200 baht before the suspects sped away.

Police are hunting for the suspects.