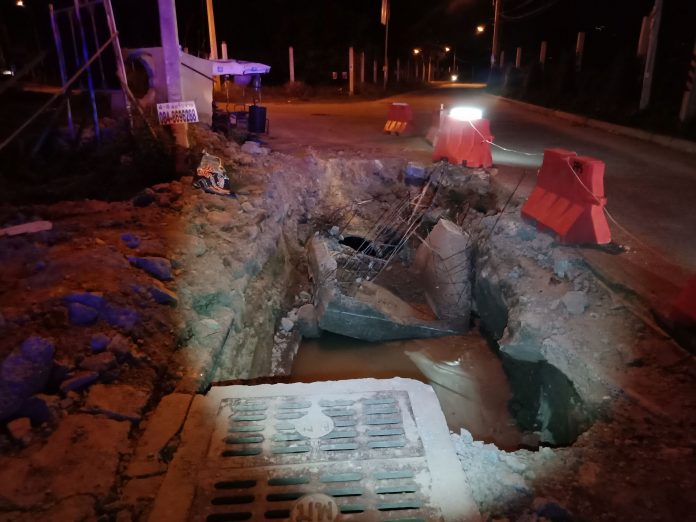 A male foreign motorbike driver has sustained serious injuries after crashing into a drain construction project in Pattaya early this morning.

The Pattaya City Police were notified of an accident at 2:20AM in Soi Thep Prasit 7.

Police, The Pattaya News and Sawang Boriboon Thammasathan rescue workers arrived at the scene to find a motorbike had crashed into a road construction warning sign and hole.

Nearby, they found a foreign man who appeared to be in his 40s who had sustained serious injuries to his head and arm. He was rushed to Pattaya Memorial Hospital.

At this stage, police believed that the man was driving on the motorbike with high speed. The warning signs of the construction was not enough as the man crashed into the sign and construction pit.

This is not the first accident caused by the multiple construction projects and drainage work around the city in the past few months The Pattaya News notes. Several other people have been injured when their vehicles have fallen into the pits. Critics online state that the construction areas are not adequately lit.