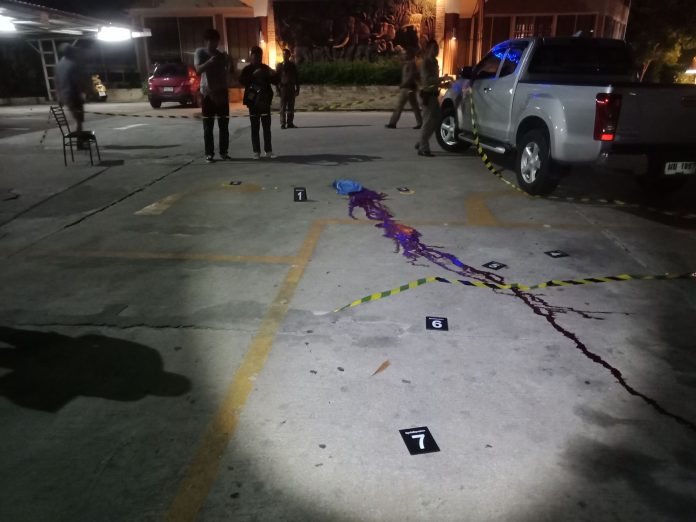 Four witnesses have been interviewed separately by the Pattaya Police that were present during the shooting of a 35 year old Hotel Chef at a hotel in Naklua over the weekend.

As we previously reported here:

According to the Pattaya Police at the scene, they responded to a call from the hotel staff in which 35 year old Prajakchai Siriwet was on the third floor in a dispute with the staff allegedly over salary.

Upon arrival he had left the third floor attempting to flee, the police stated, but they encountered him in front of the hotel in the parking lot at the entrance. The Pattaya Police stated he had a sharp weapon.

At this point, the officer stated he was forced to defend himself. The officer claimed he tried to avoid killing the suspect but the shots took the suspect in the head.

The family of the suspect is also in Pattaya currently, with more family arriving today to demand more answers. The family claims that the suspect was peaceful and would never have attacked a police officer.

The police also released information showing that the suspect has previous issues with the law, with prior drug offenses.

The investigation continues, we will keep you updated.