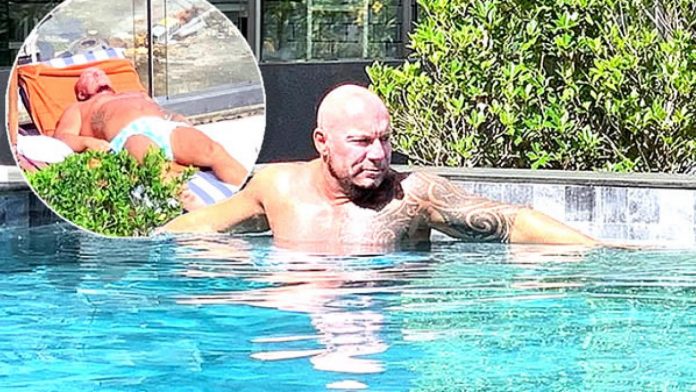 The Norwegian tourist accused of murdering a British guest at a resort in Karon two weeks ago has absconded while out on bail, police say.

Following Roger Bullman’s no-show for his appointment at the Phuket Provincial Court, a police manhunt has been launched and arrest warrant issued. Police say they’re confident he has not fled the country as his passport has been confiscated.

After questioning Bullman, police pieced the events together, saying the fatal incident took place at around 4 am after hotel security had visited Bullman’s room twice to ask him to keep the noise down. Bullman was allegedly drunk at the time.

Bullman, who faced a manslaughter charge, had been released on a bail guaranteed of Bt 200,000 by the provincial court.

An arrest warrant was issued for the Norwegian on Thursday (September 5) after he failed to turn up in court. He allegedly had not shown, according to a lawyer, because he was concerned for his own safety after many threats on social media. He had been seen and photographed by media relaxing at pools and casually walking around the island, alarming many, in the prior days.

Police have issued a lookout notice for him while expressing confidence that he could not flee the country as his passport has been confiscated.

According to sources, the accused insisted on being represented by a Norwegian lawyer.

If found guilty of manslaughter, he could face three to 15 years in prison.