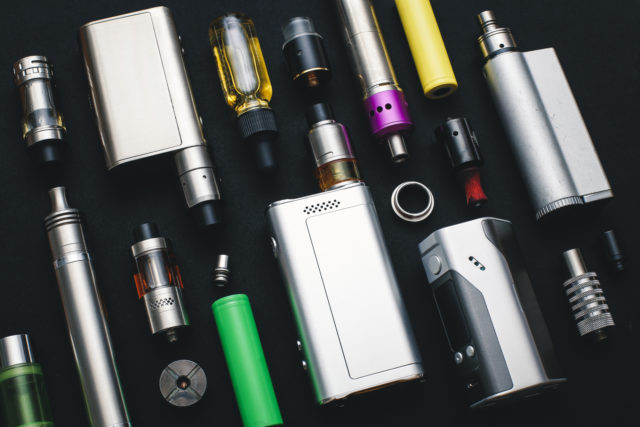 BANGKOK (NNT) – A special task force of the Office of the Consumer Protection Board (OCPB) has announced the prosecution of an illegal online seller of e-cigarettes, and the seizing of millions of baht’s worth of property related to the case.

A Minister attached to the Prime Minister’s Office Tewan Liptapallop has appeared with a special task force from the OCPB to announce the confiscation of 10 million baht’s worth of e-cigarettes and e-cigarette liquid, after an investigation into online sales of these items, in live online broadcasts.

The OCPB and police officers have arrested the suspects involved and seized some 1,000 e-cigarettes of various shapes and sizes, some of which are smaller than a matchbox, posing concerns that young users may not even be aware some of the items are e-cigarettes, which are illegal in Thailand. Parents are advised to take good care of their children, preventing them for being in possession of any harmful or illegal items.

The PMO Minister said e-cigarettes are still being smuggled into Thailand near border areas, especially on the Thailand-Malaysia border. Related agencies are now ordered to be on high alert to prevent smuggling.

According to the OCPB’s Directive No. 9/2558, the sale or provision of a hookah, electronic hookah, e-cigarettes, and e-cigarette liquids are punishable by up to three years imprisonment, fines reaching 600,000 baht, or both.

The suspected sale of e-cigarettes can be reported to the OCPB Hotline 1166.