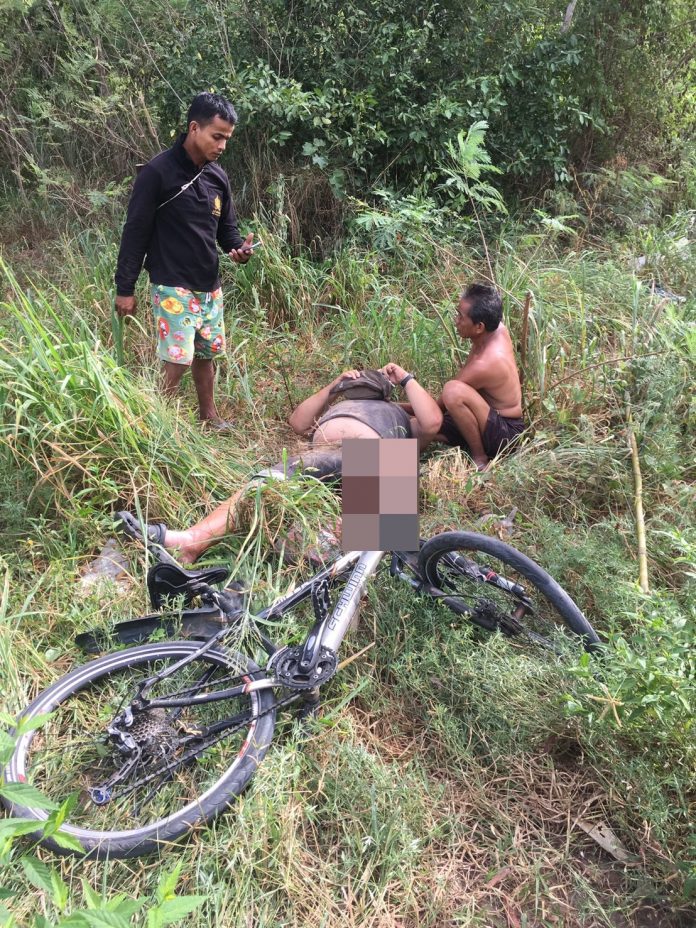 Compensation to be paid to German attacked by elephant

Compensation will be paid to the German man who has sustained injuries from the elephant attack in Nongprue next to the Elephant village this weekend. The elephant will not be used to service tourists. The total amount being paid to the victim will be 50,000 baht.

A German man has sustained serious injuries after being attacked by an elephant while he was riding a bicycle just outside of Pattaya on Saturday morning next to the Elephant Village Park.

Mr. Pairat Chaiyakam who is an executive of the Elephant Village Park said the elephant was bought from a previous owner in Sukhothai.

Compensation will be paid to Mr Shierding by the elephant village. The elephant will not be used to service tourists as they were afraid that the elephant will attack people again. The Elephant Village has taken responsibility for the incident.