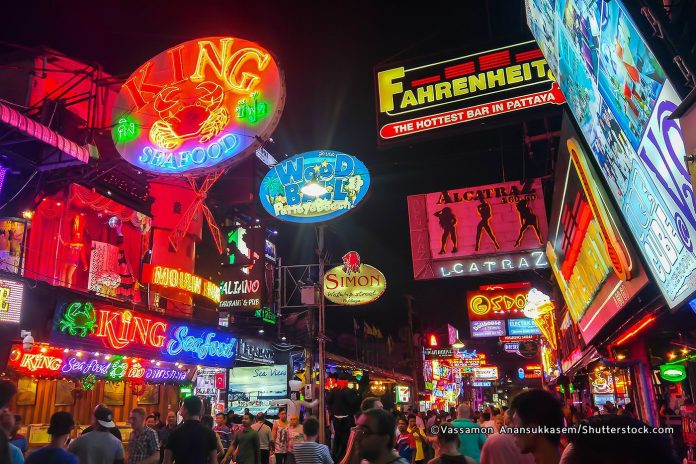 Pattaya entertainment operators are sure if the closing time is 4 AM or later that the local economy will be better and tourists will be happier. In fact, some local groups are even pushing for the city to become a legal 24 hours a day party city.

However, they have to pay more attention to social responsibility the association told the local Pattaya press.

The association, which represents a significant chunk of local nightlife owners, believes that Pattaya Walking Street is a good model as it is easy to control. They strongly believe that expanding closing times city wide will benefit tourism.

Damrongkiet Pinitkan, a secretary of Pattaya Entertainment and Tourism Industry Association, who is also an executive of Pattaya Hollywood pub told the local press the following:

“Entertainment operators are happy if the closing time is 4AM city wide. Pattaya tourism will be better and the economy will benefit. A tourist on holiday who wants to go for a night out does not want to go home and be in bed between midnight to 2AM. “

However, there are some groups of people who do not agree with having later closing times as an entire city. They think that this will bring more problems and crime.

Several alcohol control groups have spoken out against expanding closing hours (and as a result, hours of legal drinking) and claim intoxicated people can cause more accidents, fights and crime that end up costing more than is gained by keeping a business open later.

To combat this point, the local entertainment and tourism industry association has been thinking of 4 measurements to prevent potential trouble and address concerns which are as follows:

The Thai Tourism Authority governor visits City Hall in Pattaya this afternoon, Saturday August 24, 2019, to meet with local operators and opponents and discuss the matter of expanding the closing hours in Pattaya legally.