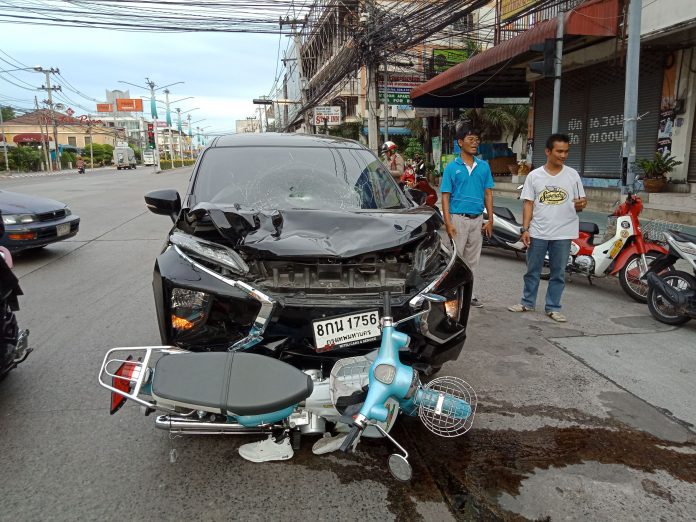 Pattaya –
A male motorbike driver has sustained serious injuries after running through a redlight and colliding with a sedan this morning in North Pattaya.

The Pattaya City Police and The Pattaya News were notified of an accident at 7AM at Parinya Intersection on Sai 3 Road.

Sawang Boriboon Thammasathan Rescue workers arrived at the scene to find a damaged motorbike that had crashed into a sedan.

The sedan driver, 39 year old Wichai Koram, was waiting for police at the scene and was not injured.

The sedan driver told The Pattaya News “I was passing the intersection on the green light, the motorbike then crashed into my sedan.”

Police are checking CCTV footage nearby to verify his side of the story but believe it is correct at this time.