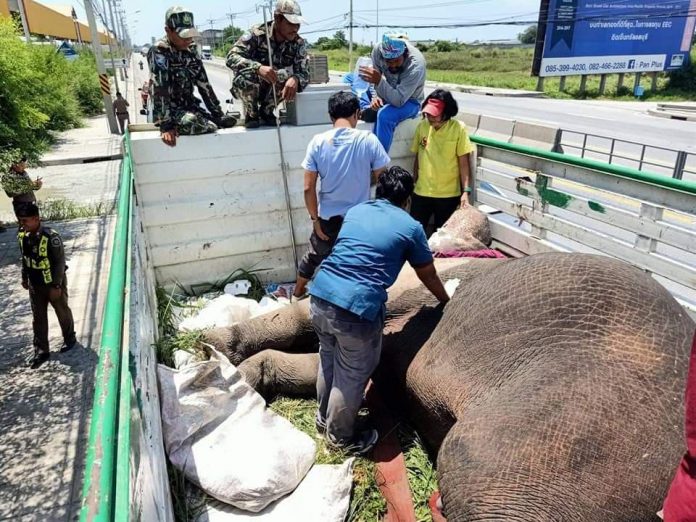 A wild Elephant has died after being hit by a truck in Chonburi:

A wild elephant has died after being hit by a large truck on road No 344 (Chonburi southbound) early this morning.

The Eastern Forest Complex Conservation Association reports that the female elephant weighed about 3 tonnes was hit by an 18 wheel trailer truck as it was crossing the road. The truck driver, who was uninjured, says the vehicle was overturned after hitting the elephant.

The elephant passed away while it was being taken to an animal hospital in Nakhon Pathom. Wild elephants, while rare in Chon Buri, are still present in more remote and rural areas.