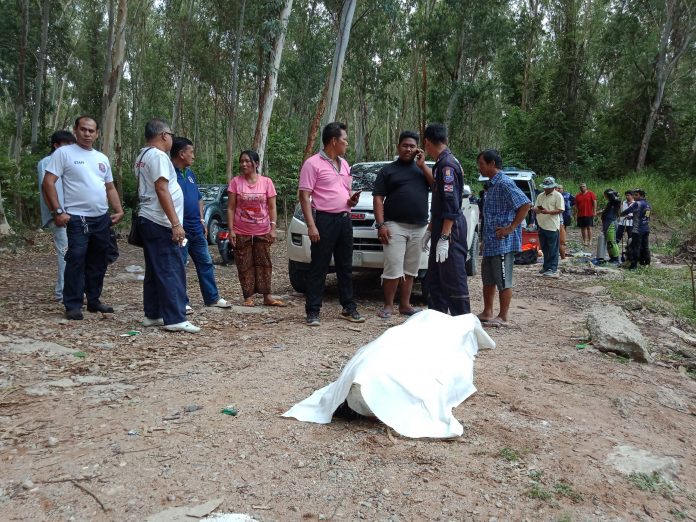 A 62 year old Thai woman drowned after slipping into a lagoon around noon today.

Sawang Boriboon rescue workers, The Pattaya News and Nongprue Police were notified of an incident at a local lagoon in Nongprue at 11:30AM.

Police, The Pattaya News and emergency responders arrived at the scene to find many concerned friends and relatives around the lagoon and no sign of the missing woman. Rescue divers were called in at this point. Rescue divers took about ten minutes to find her body.

Her body has been pulled up from the lagoon before being taken to a local hospital.

A son of Ms. Sai says his mother went to the lagoon to take a bath and do laundry. She could not swim. After an hour, she did not come home and he called the police out of concern.

Police say the incident was a tragic accident.