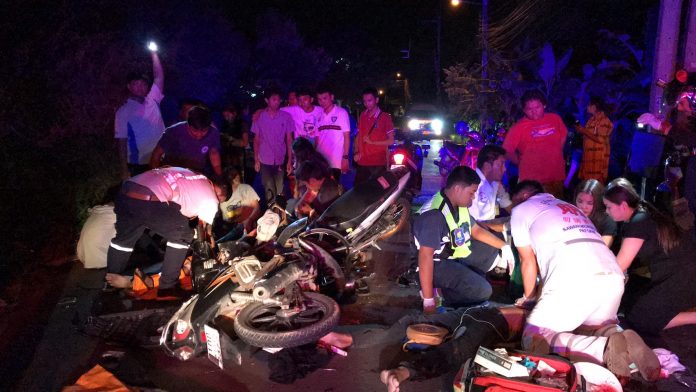 At 10:00 PM last evening, local police and emergency responders told The Pattaya news that they were informed of a serious accident in the Nong Yai area near soi 8.

A witness at the scene, a 25 year old Thai man named Boonyarit, who only gave his first name, told The Pattaya News speed was a serious factor in the accident.

The three injured teenagers have been taken to a local hospital.