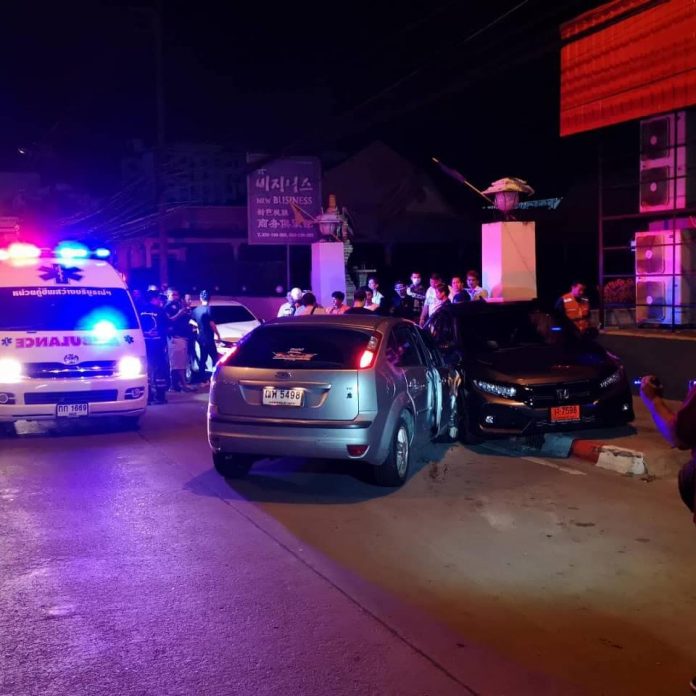 A man has sustained serious injuries after a drunk driver has lost control of his vehicle in Pattaya early this morning. Three other vehicles have also been damaged.

The Pattaya City Police were notified of an accident at 3 AM this morning on Pattaya Sai 3 Road in North Pattaya. Police and emergency responders arrived at the scene to find 37 years old Chanon Peechanon who had sustained serious injuries. He was rushed to a nearby hospital. 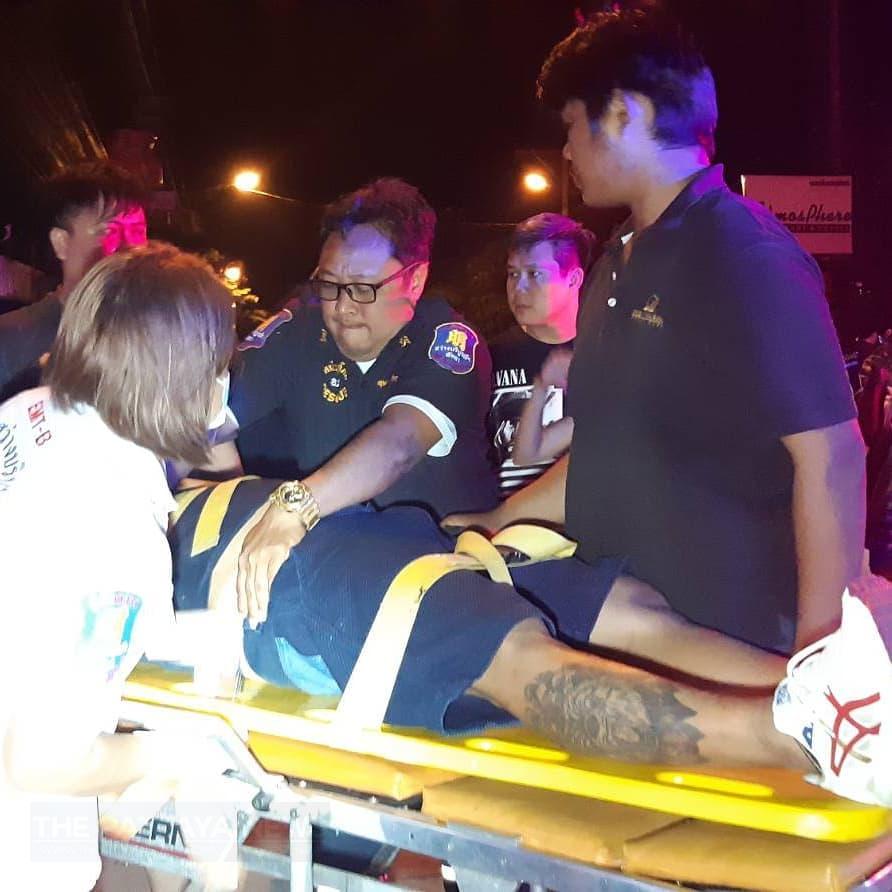 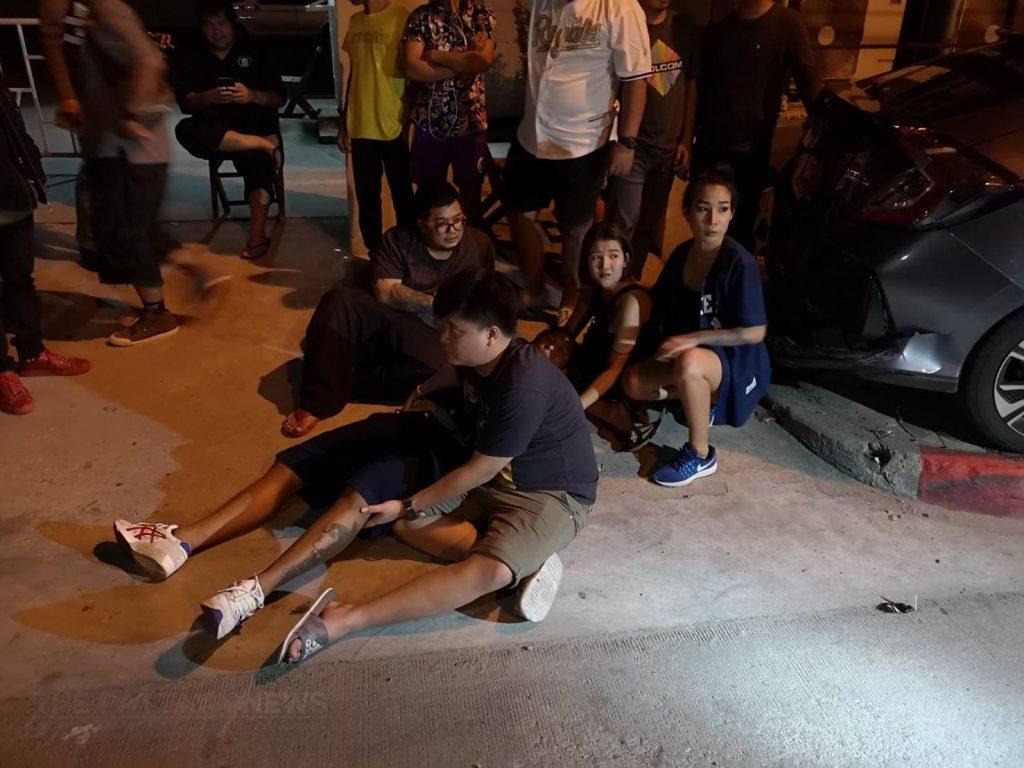 Nearby, the Police found three damaged vehicles. One of the drivers, 24 years old Termchock Tangjaroenkitskun, was heavily intoxicated. He was not injured.

Witnesses told police that Mr. Tangjaroenkitskun had collided with parked vehicles on the opposite lane. However, police are continuing their investigation and conducted an alcohol test on the driver for further legal action.

He tested positive and was arrested at the scene.