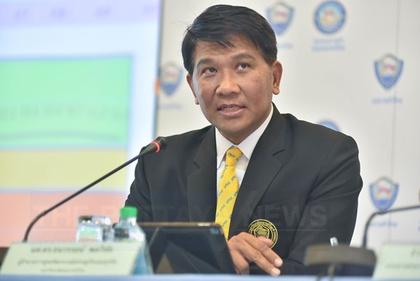 BANGKOK, 3rd August 2019 (NNT) – The latest estimate from the University of Thai Chambers of Commerce (UTCC) shows the drought disaster this year has affected some 1,330 square kilometers of farmland, most of which are rice farms, with initial damage estimated at about 10 billion baht.

The University of the Thai Chambers of Commerce (UTCC) has conducted a survey on this year’s drought disaster, compiled from agricultural government agencies and private firms with 109 data samples nationwide. The survey has concluded the agricultural sector has been affected the most from the disaster, especially in the northern and northeastern region, affecting farmer’s yields and incomes.

According to data from the Department of Agricultural Extension as of 1st August 2019, 1,341 square kilometers of farmland have been affected by the drought disaster this year, most of which is rice farms at 656 square kilometers with damage estimated at 7.5 billion baht, followed by maize farms, sugar cane for factories, and tapioca, raising the overall damage estimate to 9.8 billion baht.

UTCC’s Center for Economic and Business Forecasting’s (CEBF) Director, Thanawat Polvichai said today that the Department of Disaster Prevention and Mitigation has lifted the disaster-affected area status in most places, leaving only one province remaining, which is expected to help alleviate the crisis thanks to the government’s water management and rainmaking operations. However, the center expects the damage to reach 18 billion baht should the crisis continue for another month.

The overall damage is expected to escalate to 37 billion baht should the drought extends to September, as the wet season rice cultivation cycle would be affected; that would lower expected Thai economic growth to 2.9 percent from 3 percent.

The Thai Chamber of Commerce Vice Chairman, and central region economic development committee chairman Jit Siratranont, agree that wet crop rice cultivation could be saved should the rain start to fall during this period, adding that the government should urgently provide farms with the necessary support and stimulate the economy in various respects, as the drought if prolonged, will affect the grassroots economy in addition to a slowdown in the export sector.