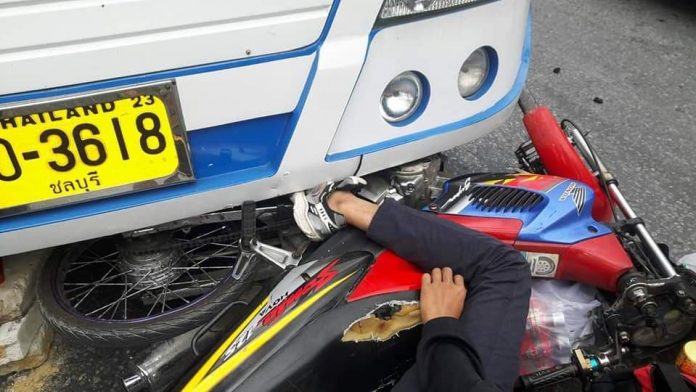 Chonburi – A motorbike driver has sustained leg injuries after colliding with a bus in Don Hua Lor this morning. Emergency responders were notified of the accident at 7:30 am at Don Hua Lor Intersection, Mueang Chonburi District.

They arrived at the scene to find that a man on a motorbike had fallen in front of a bus. The motorbike driver’s leg was stuck and he was unable to move. Rescue workers helped him out before he was taken to a local hospital with minor injuries. 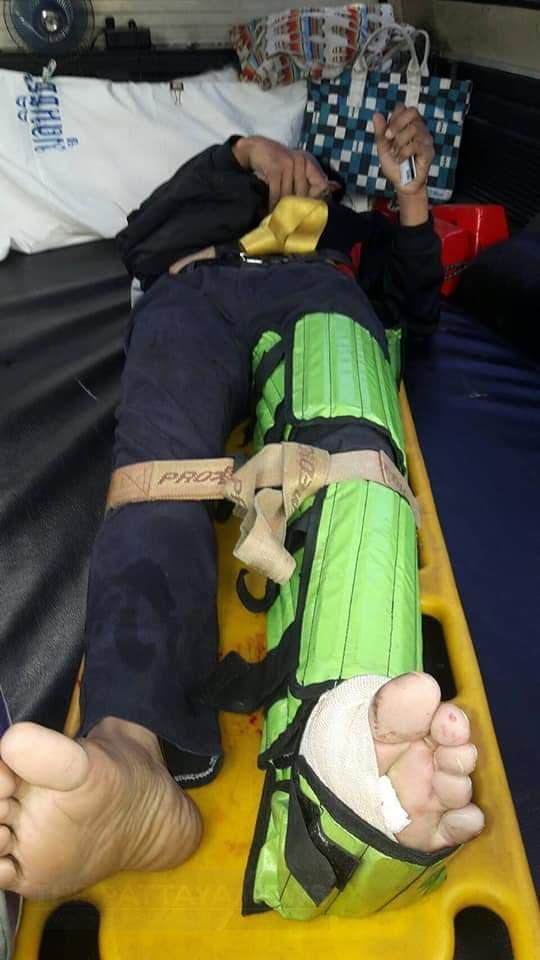 Police are continuing their investigation to determine the fault of the accident as they were limited witnesses.