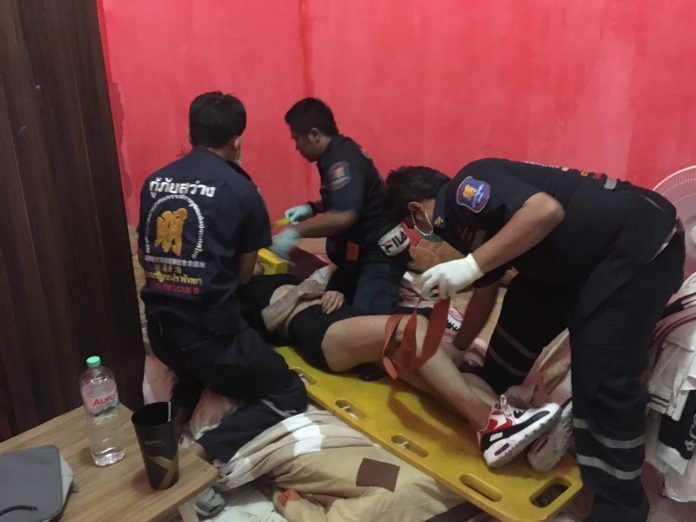 A Laotian man has survived after drinking bleach trying to commit suicide at a condominium in Pattaya.

Emergency responders were notified of an incident at 10 pm last night, July 30th, 2019. They arrived at the scene inside the bedroom to find a 30-year-old Laos National on the floor, seriously injured.

He was rushed to Banglamung Hospital and is in stable condition.