A Chinese tourist has been injured after he fell down on a speedboat while it was traveling between islands in Pattaya Bay. Officers at the Marine Safety Control Pattaya City station at the Bali Hai Pier were notified from a speedboat operator via radio that a tourist on a speedboat had been seriously injured at 10 am this morning, July 31st, 2019.

Emergency responders arrived at the boat which had arrived at the pier to find a 55-year-old Chinese tourist in serious pain and injured. He had broken his leg severely during a fall.

He was given first aid at the scene and immediately taken to a hospital. The speedboat captain told the Marine Saftey Control that the Chinese tourist was walking around the boat while they were traveling at high speed in Pattaya Bay. 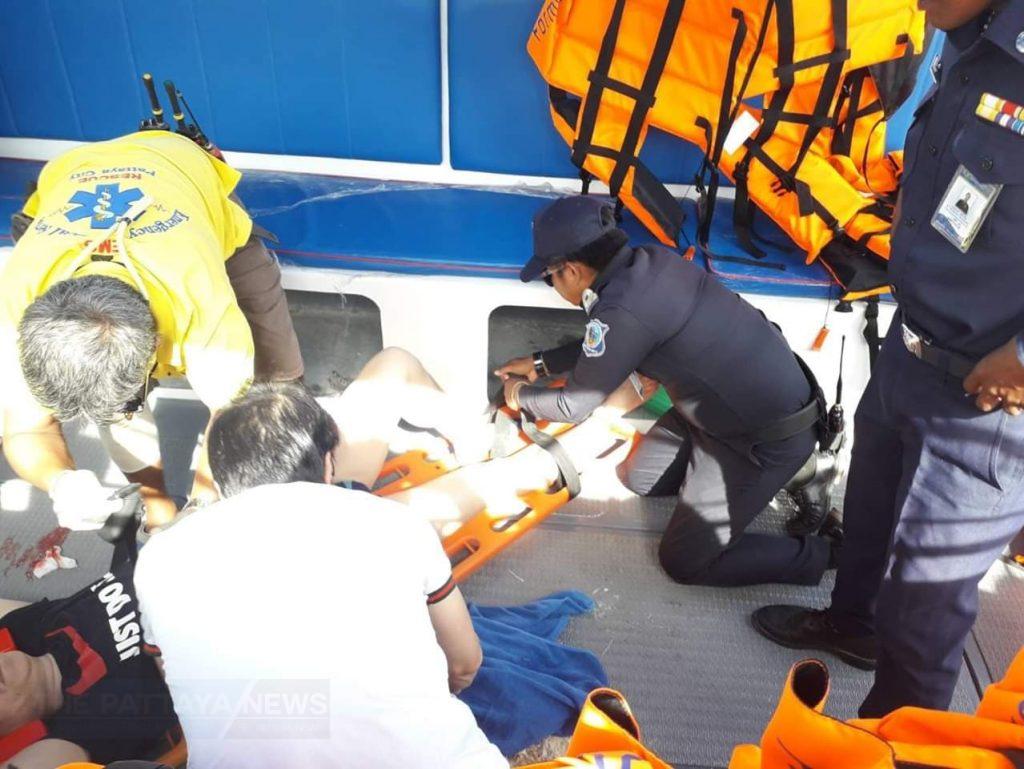 The captain said that he warned the man to sit down many times but the tourist ignored him and his warnings. After multiple warnings, the man was continuing to walk around when he fell and broke his leg.