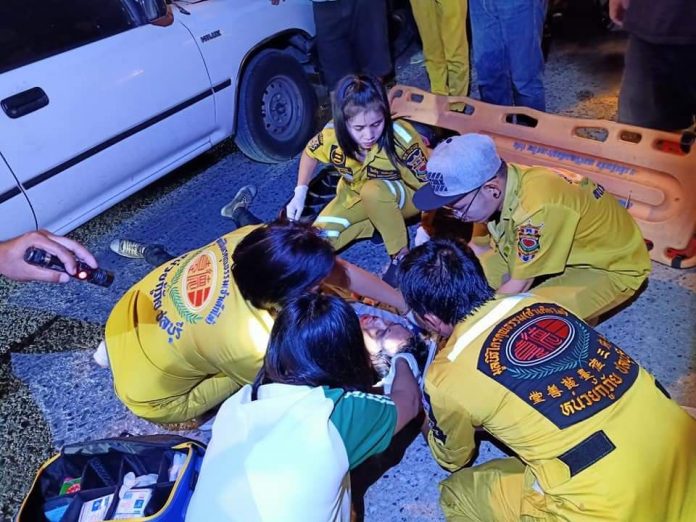 A motorbike driver has sustained serious injuries after colliding with a pickup truck in Chonburi in the early morning hours of July 29th, 2019.

Dragon Rescue Workers were notified of a serious accident in Mueang Chonburi District around 12:30 AM. They arrived at the scene to find two vehicles, a motorbike, and a pickup truck, both damaged. 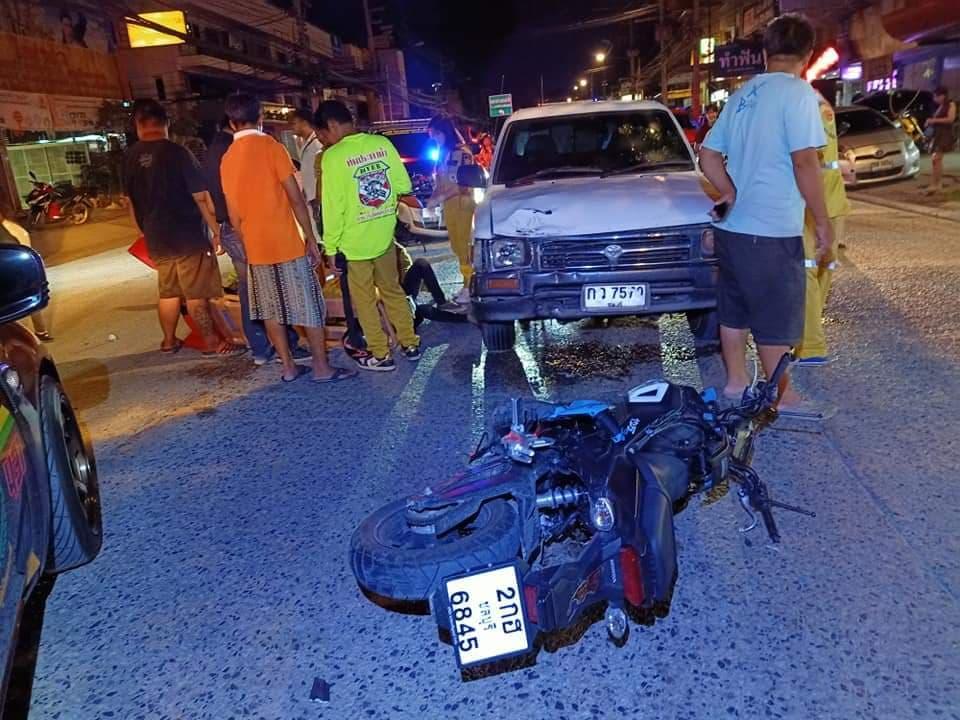 Nearby, the rescue workers found a Thai male motorbike driver who had sustained serious injuries. He was not immediately identified but appeared to be in his early to mid-twenties. He was rushed to a local hospital in serious condition. However, police are continuing their investigation and checking CCTV footage nearby to properly determine the fault of the accident.