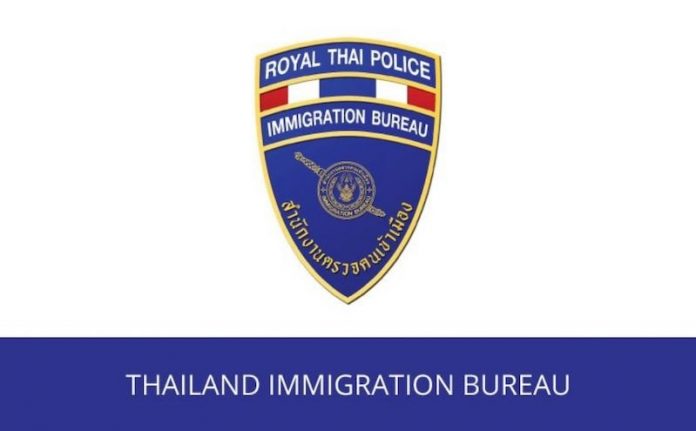 A group of expats based in Isaan have launched a petition lobbying for reform of Thailand’s Immigration Bureau and also for the abolition of the TM.30 form.

The group describes themselves as a “collective of foreigners and Thai people wishing to reform Thai immigration”.

The petition can be found at http://reform-thai-immigration.com/

The organizers aim to get 10,000 people to sign the petition.

Once the target is reached, the petition, along with the letter below, will be sent to the Prime Minister of Thailand, the Head of the Immigration Division of Thailand and Head of the Foreign Affairs Newspaper, the site says.

The petition was also posted on the site in Thai. TM30, which is now being vigorously enforced across the country, is the rule in which within 24 hours of a foreigner being at a new address the form must be filed. This includes foreigners who live here full time on work or retirement visas taking, say, a weekend out of the city to another province.

Multiple reports of foreigners not reporting and going for a two-day visit to Bangkok to see friends and family and then getting fined thousands of baht for not filing the report within 24 hours have been in Thai media over the past few weeks.

Reaction on social media has been mixed The Pattaya News notes, with some people supporting it, some folks saying that foreigners are guest in the country and shouldn’t question the rules and some saying that although the thought process was nice it would amount to nothing. Some individuals even said that the names on the list could be used to identify unhappy foreigners and give them further problems at immigration.

The letter reads: (Editors Note, we have not edited the letter, spelling, and grammar errors are those of the authors of the letter)

The Thai Government and Thai Immigration

We are a representative group of foreign and Thai people living in Thailand with Thai spouses or partners and Thai children. We work here, contribute to the community and the economy of the country.

We love Thailand and do our best to stay compliant with local laws. Recently, the new rules applied at immigration is causing huge problems for the foreigner community and some of whom who have lived here and have caused no problems at all with the Thai authorities.

We completely understand the reasoning behind the form TM47 and many have welcomed the online reporting. This is the case in most western countries. We must also apply for a one-year visa extension.

Up until 2018 the use of form TM30 has never been strictly enforced. But now foreigners and Thai people are being fined for not having filed the form TM30 on returning to their home address following a weekend in another province. This reporting also applies to tourists but it is the duty of the hotels to report these foreigners to immigration. What happens to people residing in AirBNB accommodation?

Or living in houses with Thai landlords or even their Thai family as landlords? Many tourists are becoming increasingly frustrated with the new TM30 rules being applied.

Collectively the group of people signing this petition would like to see a change in the law which would lead to the form TM30 being abolished altogether. This Immigration law has been in place since 1979.

Laws can change and evolve to stay in line with today’s technology. We strongly believe that the form  TM30 is outdated and causes far too many problems which would did not exist in the past. Tourists and expats arriving in Thailand are also screened at airports or immigration points. Technology has become better and better, reporting addresses on paper, in person, is not efficient and counterproductive.

The use of the Form TM 30 does nothing to help or minimize terrorism, and it presents an obligation to Thai landlords because it is them who must report their foreign guests. As the form TM28, it is also inefficient as most police station don’t even know what it is is and often won’t accept it even though it plainly says it can be submitted to a local police station (See clause 37 (4) of the Immigration Act). So there are many modifications that could be done to clauses 37 and 38 of the Immigration Act of Thailand.

Respectfully, we appeal to the Thai government to modify the Immigration Act, or as before 2018, do not enforce the form form TM30 so rigorously (maybe it was in Phuket but really not everywhere and not uniformly). We, as a group, believe that strict enforcement of the form TM30 will only serve to create more problems and ultimately show a massive downturn in tourism, foreign investment and the existence Thai families living with foreigners. We request this in the interests of Thailand.

This is our solemn plea on behalf of every foreigner residing in or travelling around our beloved Thailand. Please accept this letter as a suggestion and as a means to resolve one issue, which we believe could only serve to add more pressure upon and eventually become a negative influence on the Thai economy.

The petition can be found at http://reform-thai-immigration.com/