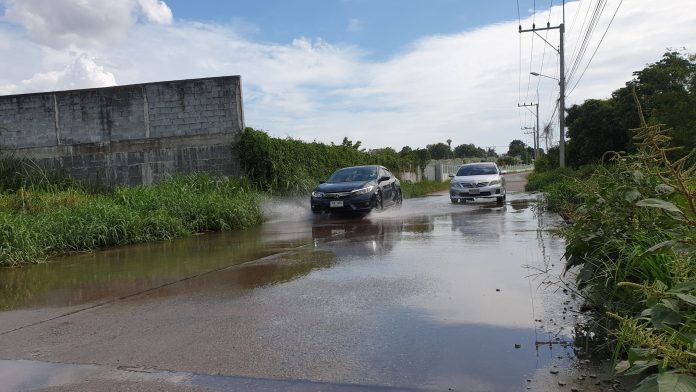 Local residents in the Nongplalai area have called for help from city officials over foul wastewater over the past six years. They stated to the media today, July 29th, 2019 that foul-smelling water continues to flood over local roads and is a major inconvenience for local residents and tourists.

The road that they say is the primary problem is the main route to many popular tourist destinations and the Pattaya Remand Prison.

He stated to the associated press that this prison is overcrowded with prisoners more than their wastewater treatment system can handle. He says that the municipality has informed the Prison over the past six years to solve this problem, however, there has been no signs of progress.

Officials at the Pattaya Remand Prison responded to the Mayor’s claims that they have just launched a new wastewater treatment system last month. They claim that they check personally that the water has already been treated before being released.

However, municipality officials say they will followup with the Prison and check the water quality and process for disposal themselves.