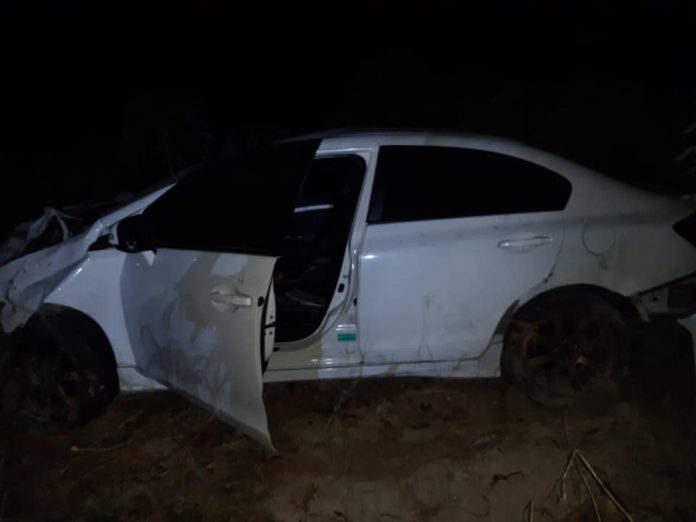 Chonburi – A Motorbike driver has died after colliding with a sedan early this morning, July 26th, 2019 in Chonburi.

Hua Yai Police was notified of an accident just after midnight on road No 331 (Nakhon Ratchasima – Sattahip Road) in Banglamung.

Police and Sawangboriboon Thammasatan rescue workers arrived at the scene. A body of an unidentified Thai man was found on the road.

Nearby they found a damaged motorbike. On the side of the road, in a ditch, they found a sedan whose female driver was taken to a hospital with minor injuries. 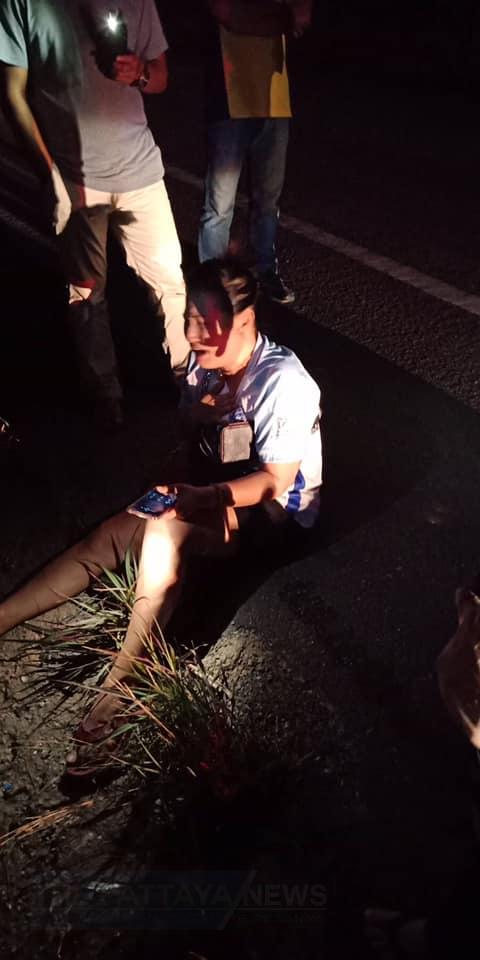 At this stage, police believe that the sedan driver was driving at high speed and there was not enough light in the area. The sedan then collided with the motorbike.