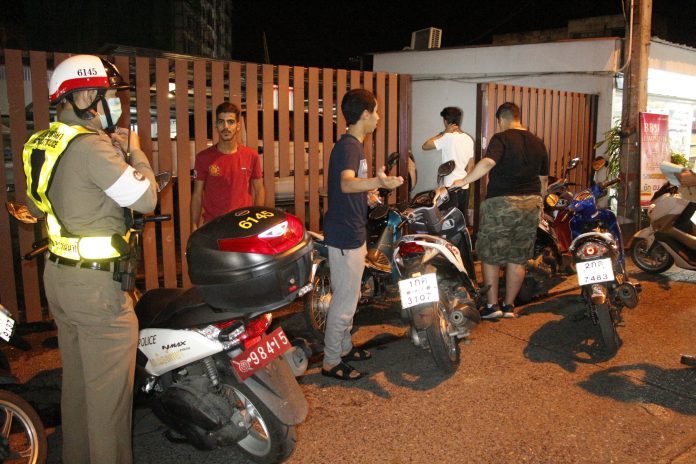 Early this morning, July 6th, 2019, after numerous complaints from local residents, Pattaya Police and Traffic Police descended on Soi Yensabai near Walking Street in Pattaya where reports had come that large groups of young Arab men constantly race and drive motorbikes dangerously in the area. 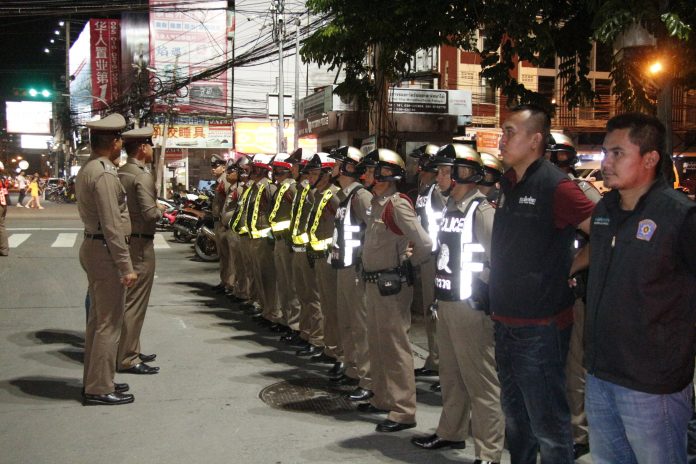 Police arrested about a dozen men in total, confiscating their bikes and fining them an undisclosed amount. Most of the bikes are customized against Thai law and will need to be returned to a legal state at the cost of the owner of the bike.

Police have been cracking down on loud exhausts, racing, and customized bikes in Pattaya since a Russian tourist was killed by a speeding motorbike that was allegedly racing a few weeks prior.

The social media feeds of the Pattaya news had many local residents complain and state that large groups of Arab men raced often in this area with no regard for pedestrians or other traffic.

Pattaya Police have had enough and they stated the raids and crackdown on racing and customized bikes will continue.