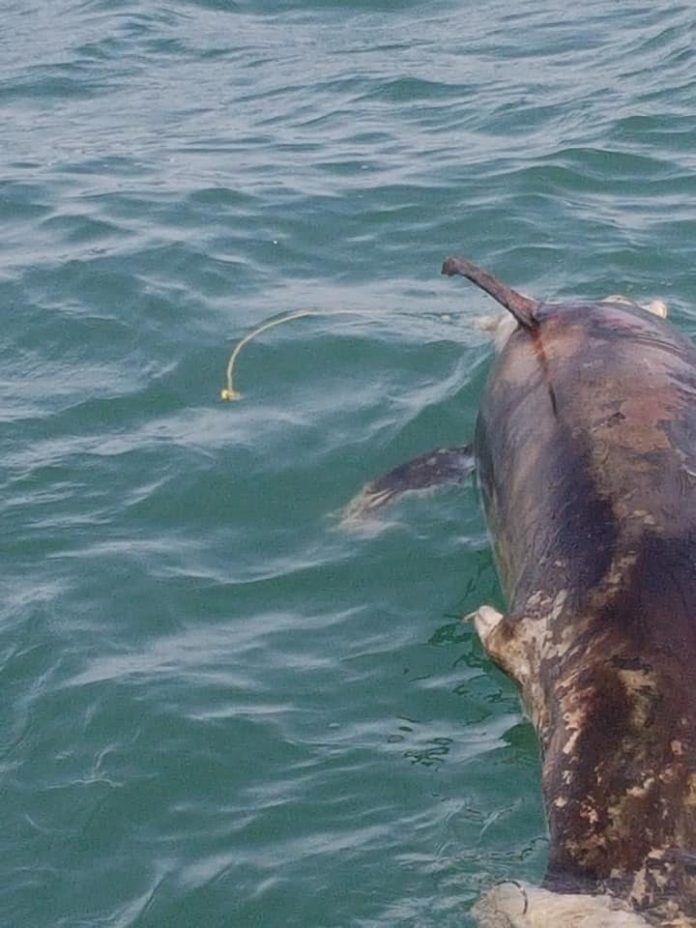 A dead dolphin was spotted by tourists going to Koh Larn and videotaped this morning and the video has now gone viral.

The dolphin appears to be in very poor shape and had a large rope stuck to its jaw.

Pattaya Sea Rescue believes the dolphin got caught in a fishing net and the rope is from attempting to dislodge itself from the nets. They believe the action caused further injury to the dolphin and, ultimately, death. 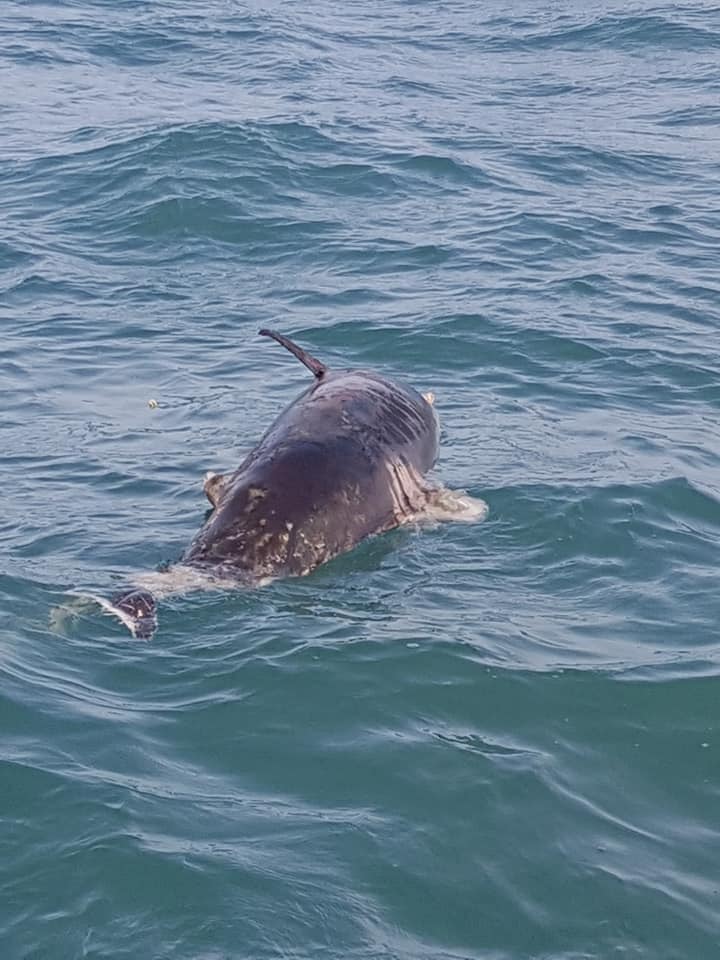 Pattaya Sea Rescue Officials said they are going to look into the incident further to prevent this happening in the future. Dolphins are seen as a symbol of the city and have been predominant in the current logo and tourism campaign for the tourist resort. 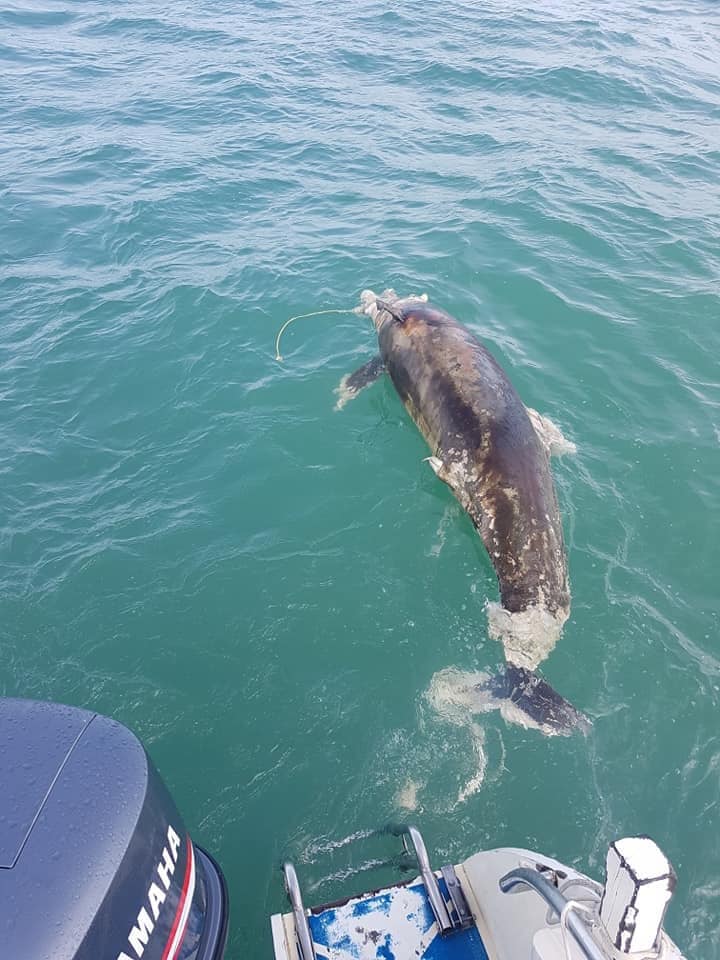