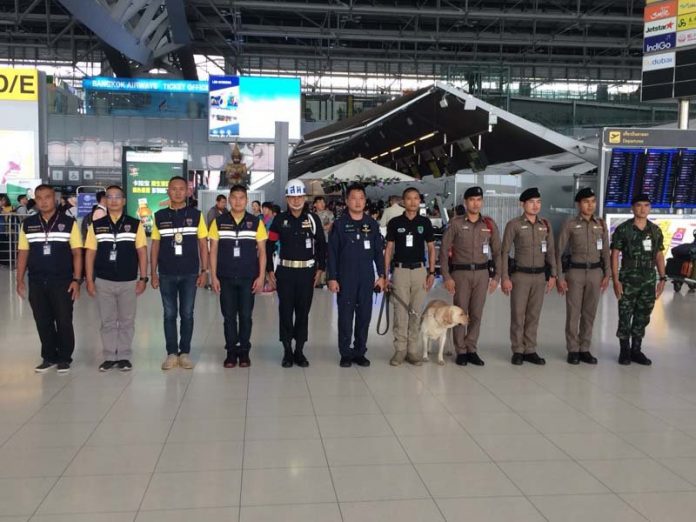 Naew Na Thai news published photos and reported that this weekend multiple immigration agents, along with military officials and even a dog, are now inspecting the airport on a regular basis and asking random passengers for their passports to find overstaying foreigners before they leave the country.

It was reported that they stopped at random dozens of foreigners before they could reach check in throughout the terminal and at the arrival area for the airport. They asked for foreigners passports to inspect if they were on overstay or not. 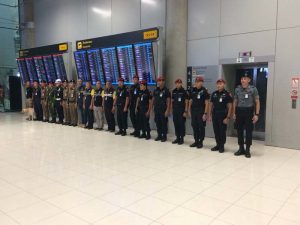 Additionally, it was reported by Naew Na news that they also went through the car parks and the taxi and bus drop off area, selecting foreigners at random to inspect their passports.

Officials did not comment what would happen if someone was found on overstay and if they would be allowed to pay a fine as normal or if they would be taken to the Immigration detention center.

Naew Na reported that no overstaying foreigners were found in this weekends checks but that the sweeps would continue.