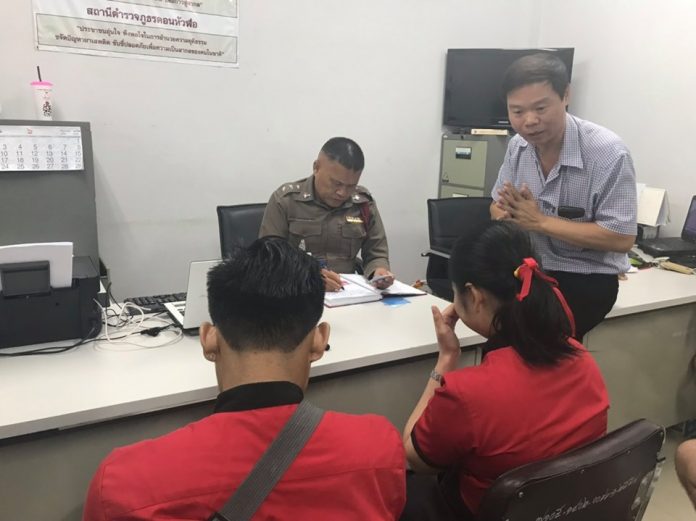 At 5:00 PM on June 28th, 2019 at the Robinson Lifestyle Mall in Chonburi at the Okama Buffet an upset customer over a price difference of about 120 baht decided that hitting the staff, including a young female server, was an appropriate response.

The man, Mr. Thiraphon Phokham, 40 years old was out dining with his family and had a disagreement over a price and seating policy which was about 120 baht and lost his temper. According to staff, he spent about a minute arguing the policy and when shown the menu and policy threw the menu and assaulted two members of staff.

He then proceeded to leave the restaurant despite staff trying to get him to stop. They took pictures of his license plate and vehicle and Mr. Phokham proceeded to turn himself in later in the evening to the local police.

The man stated he lost his temper and apologized to the staff and paid compensation of 10,000 baht to the employees he hit, 5000 baht each.

The man was reported by staff members of the restaurant and associated press to be driving an expensive Porsche which led to many people on social media giving negative comments about how someone with the money to afford a vehicle such as that would treat low wage restaurant workers.

Here is a video of the incident:

Here is a video of him apologizing to the staff, who appear to be still very upset and shaken: