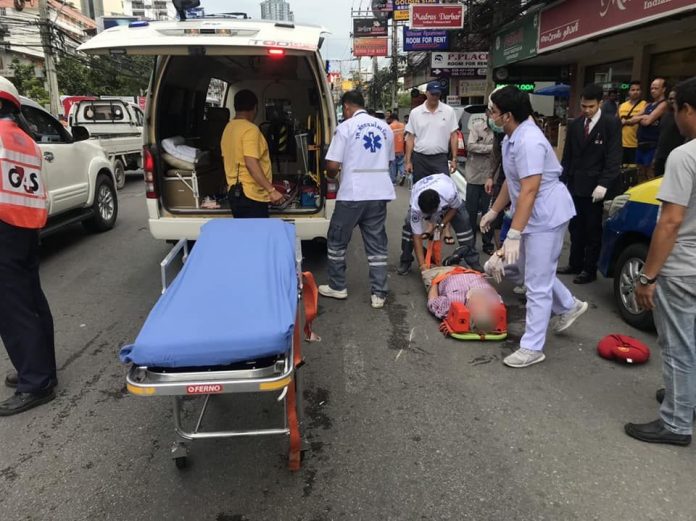 Yesterday afternoon a foreign tourist estimated to be in his early fifties was struck crossing Second Road Near Central Festival by a motorbike that some witnesses claim was speeding.

The foreign tourist was seriously injured and unable to move. His name was not given to the press. The driver of the motorcycle, a Thai national, was also injured although not as severely.

Both were taken to a local hospital for care.

Pattaya Police say they are reviewing CCTV in the area and based on the results may proceed forward with legal action.

This accident comes on the tail of a Russian tourist being killed by a speeding motorbike in Jomtien roughly a week prior in which the city donated 5000 baht to her family after the incident.