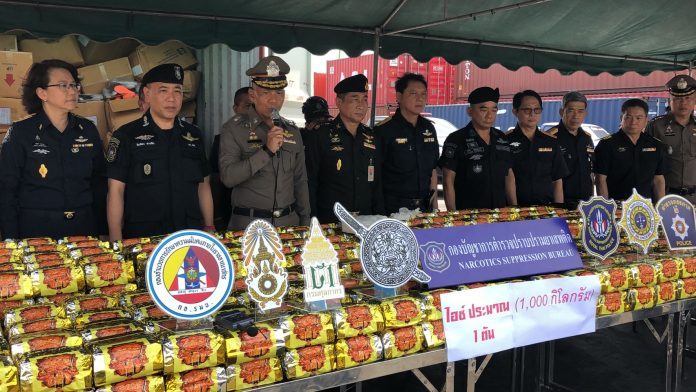 Police and narcotic suppression officials seized about one tonne of crystal methamphetamine, or Ice, worth an estimated two billion baht at street prices, in a container yard in Si Racha district of Thailand’s eastern province of Chon Buri on Saturday.

Two Chinese nationals and two Thais were apprehended on the spot as they went to the yard to check 612 boxes of shoes bound for the Philippines; 34 of the boxes were found to contain Ice wrapped in packets of tea. 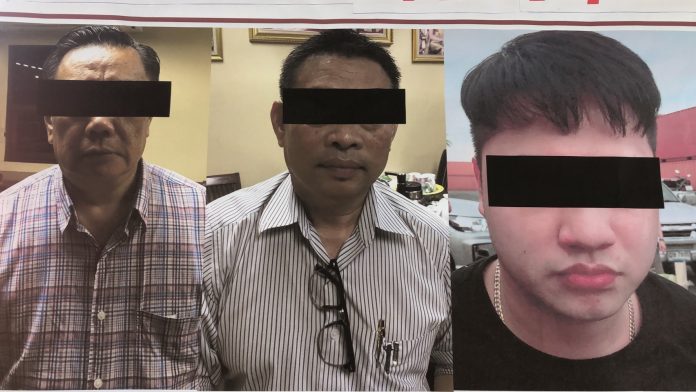 Informed police sources said that the successful seizure was the result of a tipoff which alerted narcotic suppression officials to the large shipment.

The seized drugs are believed to be one of the largest single seizures.