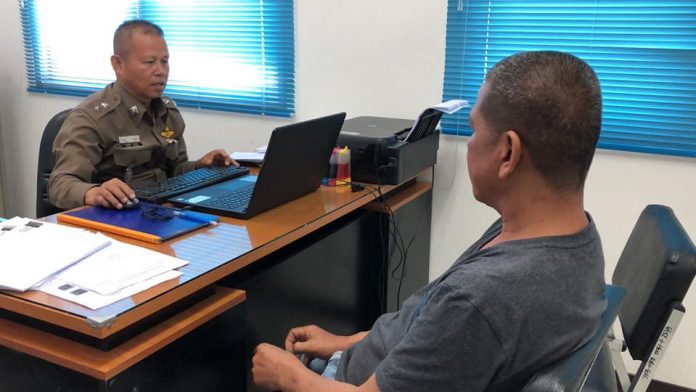 A 50-year-old tour van driver has made an official police and court complaint against a 38-year-old Thai man regarding a road rage incident on Soi Khao Noi on May 21 in which the 38-year-old man brandished a firearm and pointed it at the van full of Chinese tourists, terrifying them. 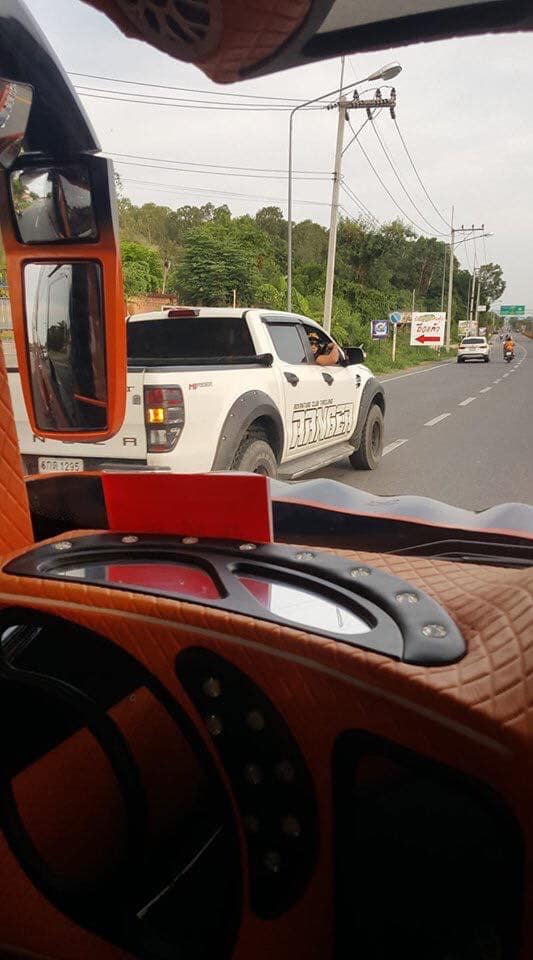 The 50-year-old van driver, Mr. Prasit Thong, said today at 2:00 PM at the police station on SOI 9 that he was transporting a van of Chinese tourists to the elephant village when another van had to break suddenly and he had to veer into the left lane. He claims the 38-year-old, known by his nickname Golf, was speeding and almost hit him from behind.

Mr. Thong then said Golf, in an apparent fit of road rage, sped up alongside the van and started threatening him and the tourists with what appeared to be a black handgun.
Golf, whose full name is Jatuphat Phodet and is from Nakhon Sawan and not local, has cooperated with local police in the incident and claims that the weapon was just a BB gun and he didn’t mean to scare the tourists but lost his temper.

Mr. Thong said the incident hurts the reputation of Pattaya for tourists and he made a formal police and court complaint today as he cares for tourists and the cities image.
Police officials said the weapon has been recovered and they are determining if it was an actual handgun or a BB gun. The case will go to the court system.