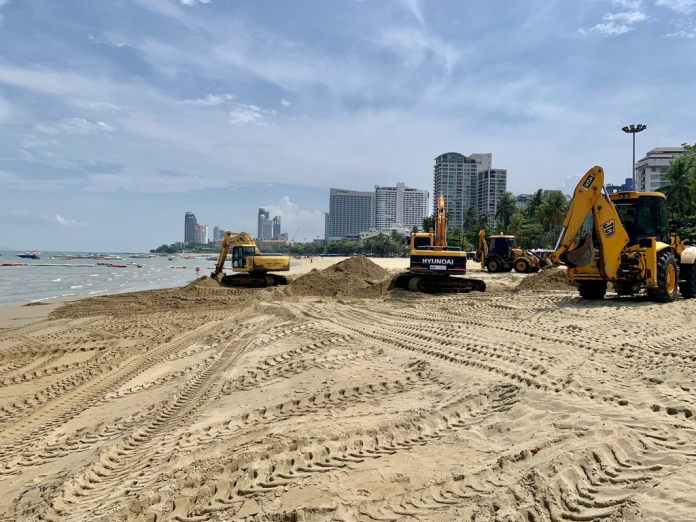 PATTAYA:–Pattaya again has been patching huge holes in its rebuilt beachfront caused by poor storm-drainage management.

Deputy Mayor Pattana Boonsawad oversaw the May 23 patch job, saying the work will need to be repeated after every major storm until the city installs new drainage pipes running the entire stretch of beachfront.

He said it’s hoped construction will start in June and last nine months.

Meanwhile, four backhoes were back on the beach, recovering sand washed away by torrents of water running down sois and across Beach Road, carving huge troughs in the sand that Pattaya spent 600 million baht laying.