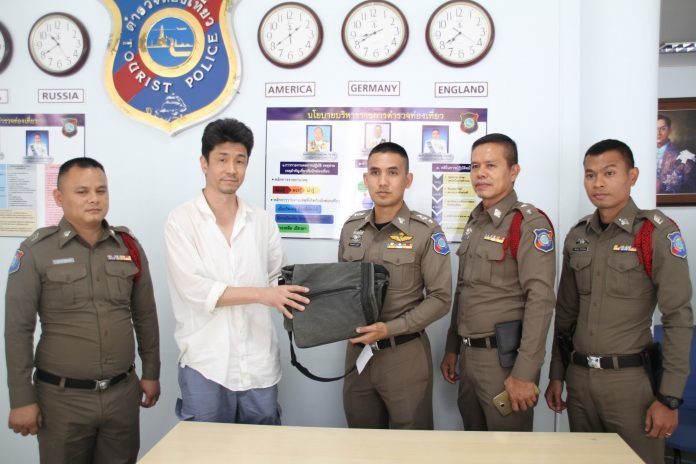 A Japanese tourist was video-ed giving his heartfelt appreciation to  a van driver, the Department of Land Transport (DLT) and the Pattaya Tourist Police.

Ryochi Mihashi, 46, had taken a minivan from the bus station in Rayong to South Pattaya.

The hero of the hour was driver Somchai Bunsiri who handed the bag into the DLT on Sunday.

With help from the Japanese Embassy,p the DLT and the cops Mihashi-san was traced.

A video showed him ensuring everything was in place – it WAS down to the very last baht.

As a smiling Lt-Col Piyapong Ensarn, chief of the Pattaya Tourist police, looked on the delighted Japanese tourist confirmed that all was in order.

Then in broken English he said a “very, very thank you” to the driver, the DLT and the police.