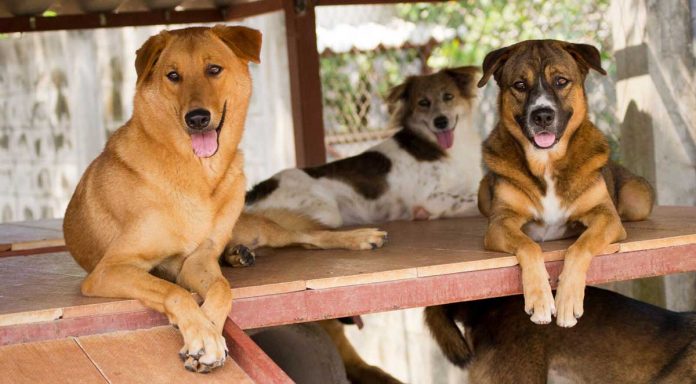 The following is a press release from the Soi Dog Foundation, based in Phuket, released due to the Deputy Mayor announcing last week that the city wanted to remove all the stray dogs from the Jomtien Beach area and put them in shelters. This has been posted with the permission of the foundation. The views contained within are theirs:

PHUKET, Thailand , March 13, 2019: The major animal welfare charity, the Soi Dog Foundation (Soi Dog), has called for the Deputy Mayor of Pattaya, Manote Nongyai, to rescind an order he has issued to round up stray dogs along the holiday city’s Jomtien Beach, and throw the dogs in the local pound.

Phuket-based Soi Dog argues that impounding dogs not only condemns the animals to an often cruel life sentence behind wire but is also simply not effective in the long term.
Soi Dog founder John Dalley said today, “We agree that dogs that are a danger to people, especially to children, should be removed.

“We also agree with the Deputy Mayor that sterilizing and vaccinating street dogs is an excellent course of action, and to that end, Soi Dog is currently financing the sterilization of 200 female dogs a month in Pattaya with over 1500 now sterilized.

“But impounding dogs doesn’t work. While it may seem that a concerted roundup results in ‘streets cleared, the job is done’, that’s a mistaken perception.
“It is impossible to round up every single dog in a given area. Those that are not caught, along with dogs from streets surrounding the area targeted by the roundup, will swiftly recolonize the empty streets along the beach.

“With no competition for sources of food (mostly garbage bins), they will breed swiftly. Within a year or so the number of street dogs along Jomtien Beach will be back up where it was before the roundup.”

Meanwhile, Mr. Dalley pointed out, the municipality will have to feed and care for the hundreds of dogs that were rounded up and which will continue to live in the pound, potentially for years.

“Does the Municipality have a budget set aside for this?” he asked.

“Or will we see the same situation as we’ve seen too often before, where a lack of funding for dog pounds results in dogs being malnourished, or suffering and dying because there is no money for medicines or veterinary treatment?”

Soi Dog has long argued that the only solution to reducing street dog populations is the procedure known as Catch Neuter, Vaccinate and Release (CNVR), whereby the dogs are caught, sterilized and vaccinated, and then – the important point – released back into the area they came from, where they prevent other dogs from moving into their territory, while also gradually dying off from old age or other natural causes.

“We’ve shown in Phuket that this works,” Mr. Dalley said. “When we started, about 15 years ago, there were an estimated 80,000 street dogs on the island. Now there are about 7,000, and they are healthy and almost always friendly.”

He also pointed to a different aspect of the solution, which would be in the Pattaya Municipality’s interest as well as being within its capabilities: better garbage management.

“The fact that officials see a problem with too many dogs tells me that garbage is not being dealt with efficiently. Street dogs are sustained almost entirely by garbage. If they cannot find food they will go elsewhere. No garbage, no street dogs. The job is done.”