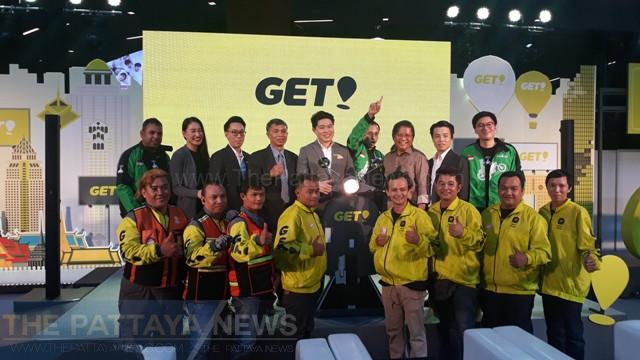 Indonesian ride-hailing app Go-Jek officially launched its operations in Thailand on Wednesday as part of its expansion into Southeast Asia.

Under the brand name GET, Go-Jek is collaborating with a Thailand-based team led by CEO Pinya Nittayakasetwat. The move is similar to Go-Jek’s expansion into Vietnam last year with Go-Viet, its first presence outside of Indonesia.

“We were impressed with how Go-Jek influenced the lives of Indonesian people, so we want to bring the same impact to Thailand,” Pinya told the press during GET’s launch in Bangkok.

He said that Go-Jek supported GET’s funding and technology, while his company provided the local knowledge necessary for growth. However, he refused to go into detail on how much Go-Jek had invested in GET. Founder and CEO of Go-Jek Nadiem Makarim said that the expansion into Thailand was a great opportunity for the Indonesian service, as both countries shared similar characteristics.

“Thais use motorcycles to get around just like we do in Indonesia,” he said. “We also share a similar passion for food, so we think [expanding into] Thailand is a great opportunity for us.”

Currently, the Thai ride-hailing app provides three services to its customers: motorcycle taxis, food delivery and instant courier services. It has also completed 2 million transactions and has 10,000 licensed drivers in 41 districts in Bangkok.

Pinya added that the app would provide a payment system called GET pay, which would enable cashless transactions “very soon”.