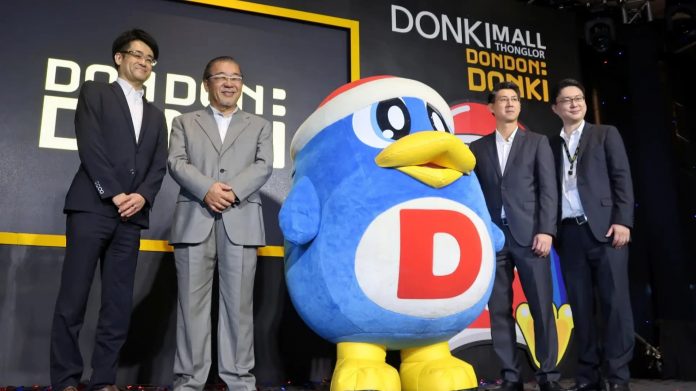 BANGKOK — Japanese discount store chain Don Quijote begins a wave of Asian expansion on Friday with the launch of a shopping complex in Bangkok, aiming to increase the number of overseas stores to 200 from 41 now.

“Thailand is the most marketable country in Southeast Asia,” Takao Yasuda, founding chairman and supreme advisor at Pan Pacific, said Wednesday. “We will continue to explore opening multiple stores here.”

The roughly 28,000-sq.-meter shopping center will be operated by a joint venture among Pan Pacific, Thai paint maker TOA group and a local subsidiary of a Japanese parking lot developer.

Thailand represents Pan Pacific’s third foreign expansion after the U.S. and Singapore. Japan hosted over 1 million Thai tourists in 2018, and many of these people bought souvenirs like candy and makeup at Don Quijote stores, which stay open late.