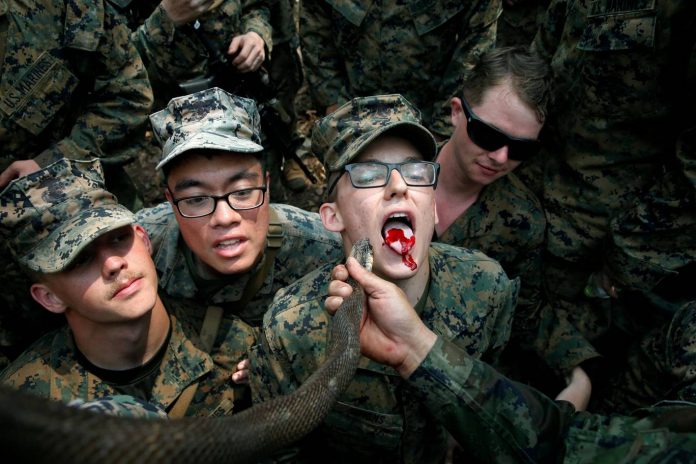 Thailand and the United States hosted the opening ceremony for the annual Cobra Gold military exercise, the biggest activity of its kind in the Asia-Pacific region with 29 nations taking part as participants or observers.

There are three major components of the exercise, which ends on 22 February: military field training, humanitarian assistance, and disaster relief training. Its goals include

US Marines and other international troops lined up on Tuesday to take part in the annual event’s tradition of drinking blood from decapitated cobras, which is thought to contain health benefits for humans brave enough to consume it.

“We do have that potential of being separated especially in the jungle that is this thick and being able to sustain ourselves is crucial, so yes, it’s very beneficial and necessary,“ a US Marine identified as Sergeant Griffin told Reuters.

Seven nations in addition to Thailand and the United States are active participants: Singapore, Japan, China, India, Indonesia, Malaysia, and South Korea. About 4,500 US personnel, on land and sea, are taking part.

Here is an amazing gallery of the soldiers enjoying a free meal: 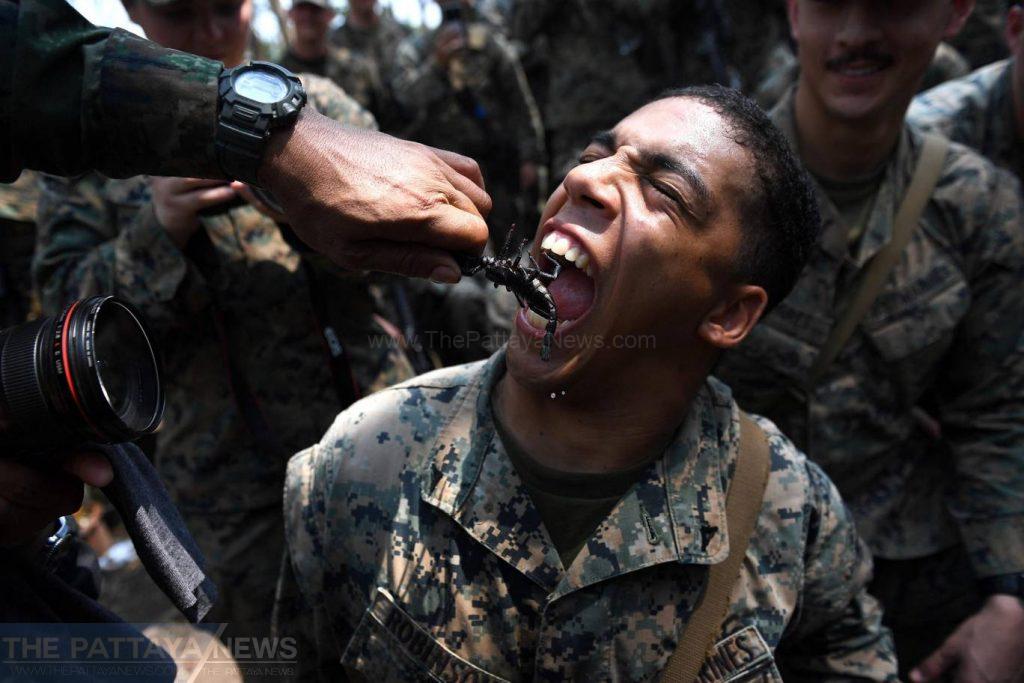 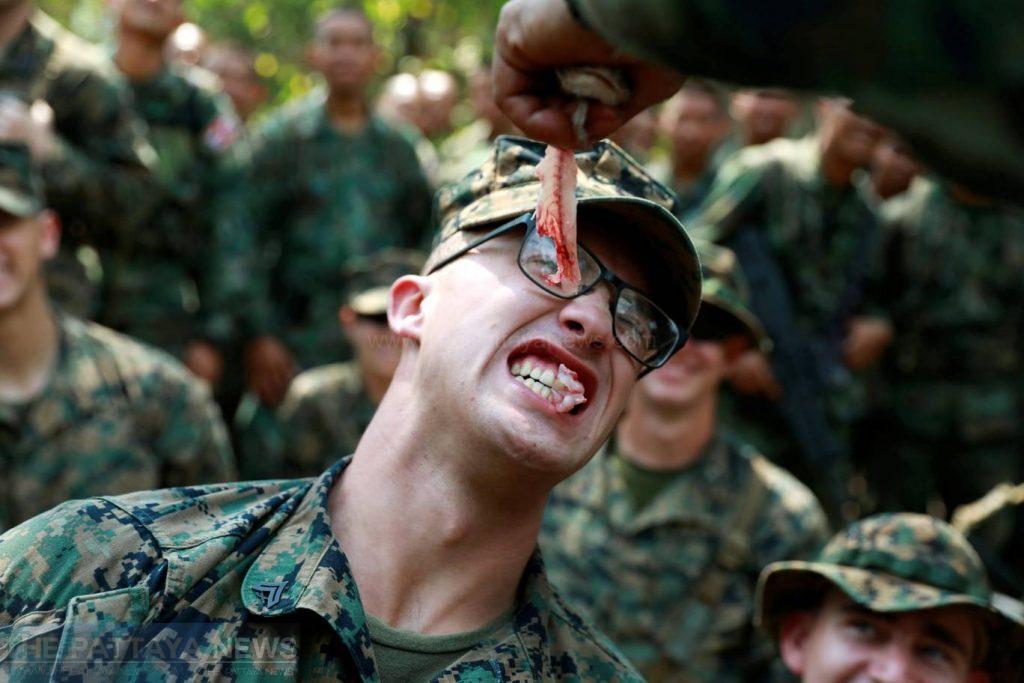 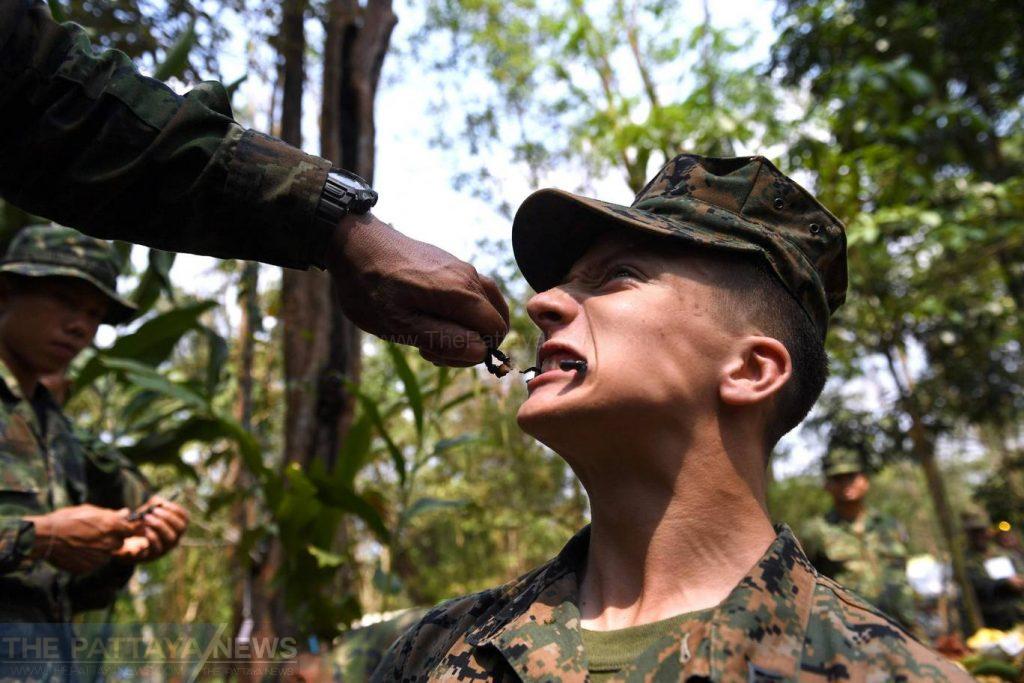 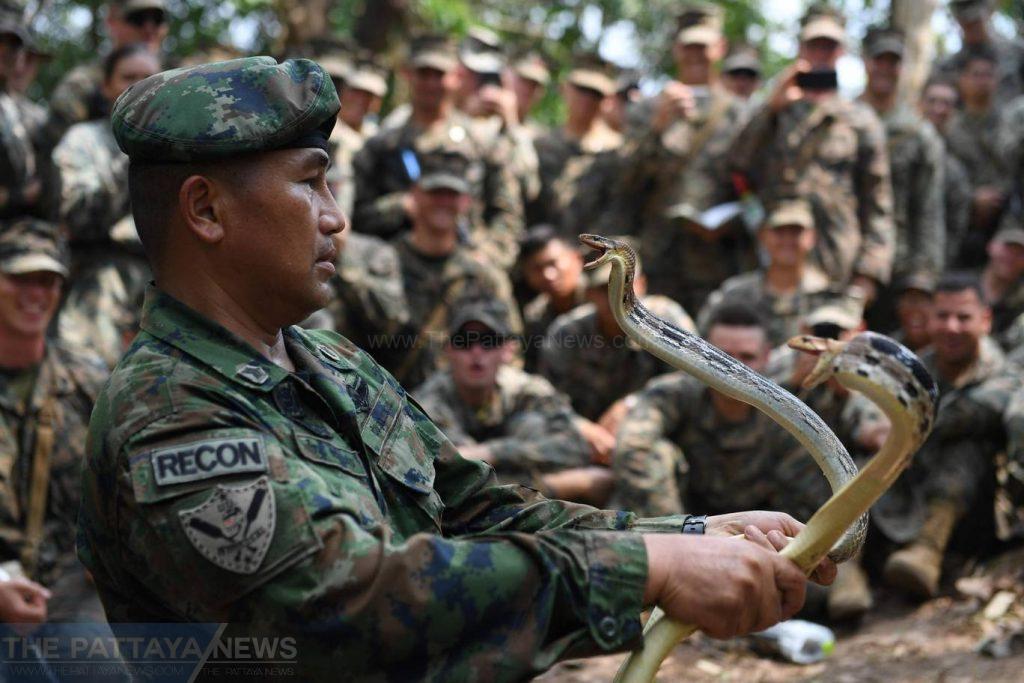 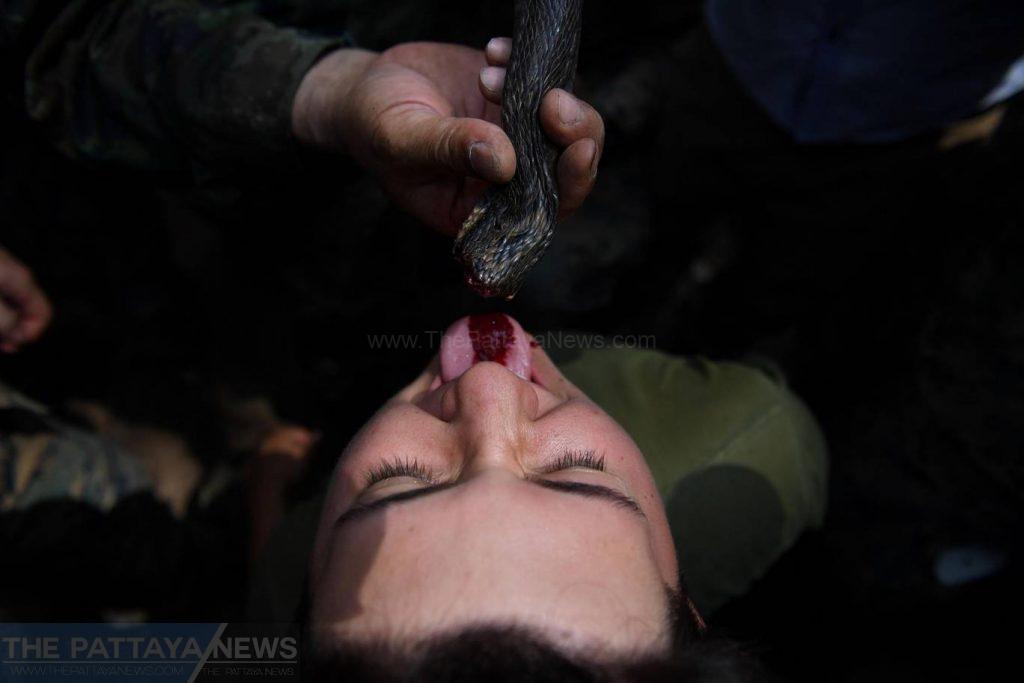 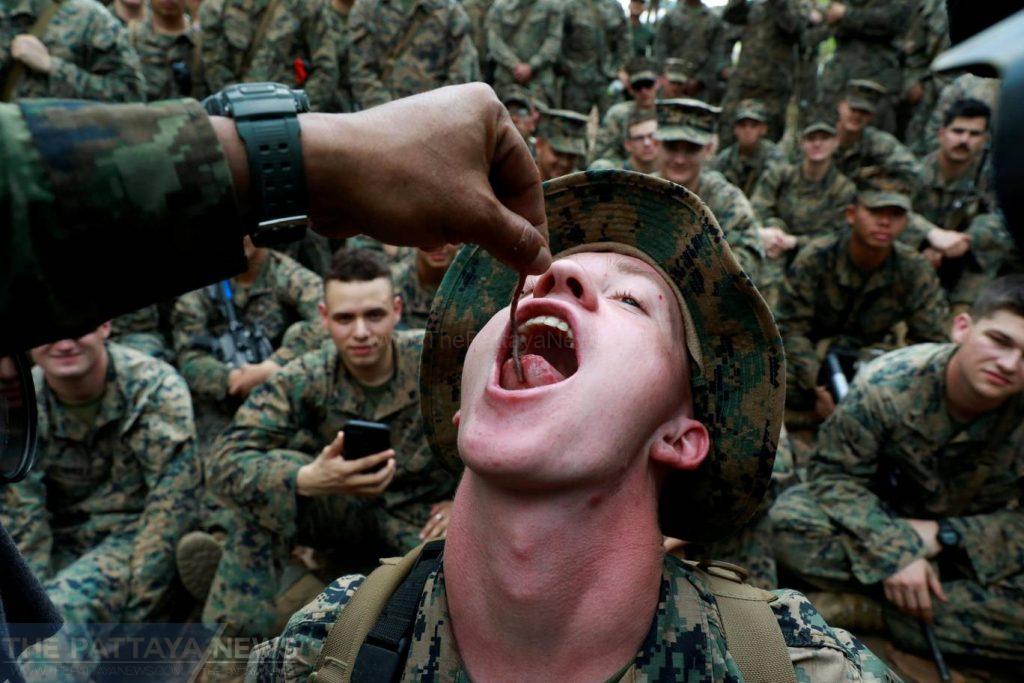