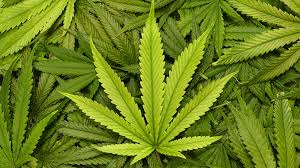 Editors Note: This article originally was posted in the Diplomat.

In 2018, Thailand’s military junta-appointed parliament gave the Thai people a “Christmas gift” by voting to amend the 1979 Narcotics Act, legalizing cannabis for medicinal and research uses. The decision is the first of its kind in a region that has long been notorious for its extreme drug laws, harsh sentences, and overcrowded prisons.

For decades, Thailand and the rest of Southeast Asia have had strict drug laws and many countries in the region sentence drug traffickers to death. Thailand alone has 200,000 inmates locked up on drug-related charges in its infamously overcrowded prisons. But with elections looming and the current military-led government eyeing new prospects for economic growth, cannabis is being touted as the magic bullet that could boost the economy while casting the junta in a more progressive light.

As a result of the rising worldwide tide of cannabis acceptance, which has led to medicinal legalization in countries around the world, experts estimate the burgeoning legal weed industry could be worth $146 billion by 2025. Canada and California’s legalization of recreational cannabis show further commodification of the once forbidden plant is as assured as it is lucrative. Some in Thailand now say the country is poised to disrupt the global cannabis market and serve as serious competition for Canadian and American firms.

According to Jim Plamondon, vice president of marketing for the partly foreigner owned Thai Cannabis Corporation, when Thai firms debut on the scene it will disrupt the entire global cannabis market, thanks to the combination of Thailand’s climate, export infrastructure, and centuries-long relationship with the plant. Plamondon says that in the near future, consumers will have a choice between two award-winning, high-quality products for wildly different price points.

Thailand’s relationship with cannabis goes back hundreds if not thousands of years. The plant has a long history in traditional Chinese and East Asian medicine, being used to treat pain and an array of other disorders and symptoms and was traditionally used as a signature spice in Thai boat noodle soup. As part of the sweeping changes made in the country during the 1930s, which included renaming the country of Siam to Thailand, the country enacted The Marijuana Act of 1934. Considered relatively lenient, the act limited penalties for any amount of cannabis at less than one year.

In 1979, the Kingdom passed the drastically stricter Narcotics Act. Under intense U.S. pressure, the new law prohibited the use of cannabis in any form and prison sentences for the distribution or production of the drug shot up to two to 15 years, along with a $40,000 fine. Prior to this, most of the world’s illicit cannabis imports came from Thailand and “Thai Sticks,” as they came to be called, were the stoner gold standard for decades. As Peter Maguire, author of the book Thai Sticks: Surfers, Scammers, and the Untold Story of the Marijuana Trade, notes, one U.S. Drug Enforcement Agency agent at the time referred to Thai cannabis as the “Cuban cigar of the marijuana world.”

Now that Western attitudes have changed, Thailand appears to slowly but surely be preparing to follow the historical example of numerous other industries and use its optimal climate and low wage costs to dominate the cannabis market with its exports. After all, how could Canadian and American companies, which often grow inside greenhouses and pay trimmers $12 to $15 an hour, compete?

“That’s why North America, Europe, Japan, China, Australia, and nearly every other country in the ‘temperate zone’ import tropical crops such as coconuts, vanilla, coffee beans, and chocolate, instead of growing them in expensive greenhouses,” Plamondon says, adding it is simply much cheaper to import such products rather than to grow them.

Prior to the 1980s, most of the high-quality cannabis being importing into North America and other countries with temperate climate was from Thailand. Now the market could swing that way again once the barriers of the failed “War on Drugs” are removed.

“It’s like the Wild West right now,” says Kitty Chopaka from the Thai cannabis advocacy group Highland. “It’s like a gold mine just opened up and people are just trying to get the shovel and get into line.”

Recently, the junta issued an executive order allowing the Department of Intellectual Property to revoke patent requests filed by foreign firms prior to the change in the law. Two pharmaceutical giants, Britain’s GW Pharmaceuticals and Japan’s Otsuka Pharmaceutical, had attempted to file patents on naturally occurring cannabis extracts in what many in Thai civil society groups and research feared would lead to foreign domination in the budding industry.

The protectionist policies could backfire, however. The decades of cannabis prohibition in the kingdom have left Thais at a disadvantage. By closing off the sector to large firms that are interested in funding research the government could be inhibiting the industry’s initial growth. “We don’t have that expertise. We don’t have the research,” Kitty Chopaka says, “so I do understand where it’s needed — where the big guys do need to come in.“
The oft-delayed elections following the military coup in May 2014 are now set for March 24, 2019, and the economic promise of cannabis is getting a lot of attention. In its policy platform, the Bhumjaithai political party announced that it would support farmers growing up to six marijuana plants for medicinal purposes. The party’s secretary general says that Thailand should take a page from the world’s number one legal cannabis market, California, and claims that one plant can produce 70,000 Thai baht ($2,200) worth of marijuana in one year.

Several other political parties are touting cannabis as the new cash crop of Thailand’s significantly agrarian economy. With more than 40 period of Thais employed in agriculture, the country’s economy is very sensitive to price fluctuations of commodities like rubber, sugar, and especially rice. However, politicians like Bhumjaithai’s Anuthin Charnwirakul, seeking to drum up support from farmers ahead of March’s election, may be overpromising. The global cannabis market is currently flooded and prices are falling. In the United States, the state of Oregon has a six-year surplus of cannabis.

Thailand’s future as Asia’s medical marijuana hub isn’t an absolute certainty yet. December’s limited medical legalization law still needs the expected royal approval and has a five-year evaluation period. However, the economic boons to the kingdom’s agricultural sector and the potential to boost its status as a leading medical tourism destination — coupled with the good PR for the ruling military, which has aspirations to retain power following March’s elections — mean the arrival of famous Thai Stick cannabis on the budtending menu is all but certain. And when that happens, the cannabis giants that are currently raking in investments in North America will be in trouble.