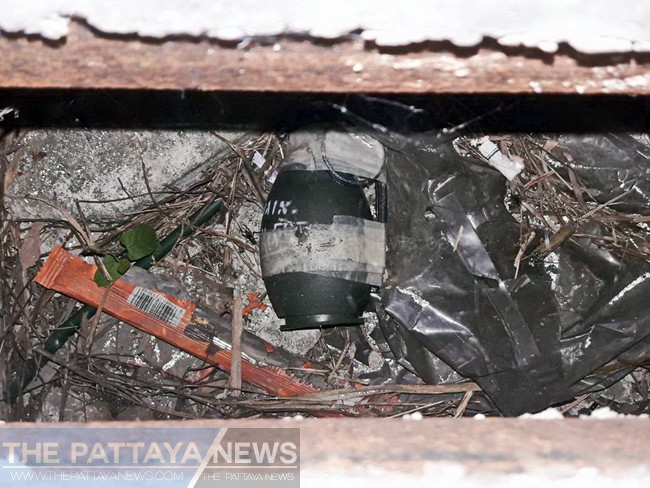 Explosive Ordinance Department officers successfully neutralized the ball-shaped bomb covered in tape that was found in a 30-centimeter-deep roadside trough next to Khao Malako Jan. 25.

EOD officers said they had not seen such a device before and suspected it had been imported from Russia. Officers speculated the grenade had been dumped by someone who spotted a roadside checkpoint ahead.