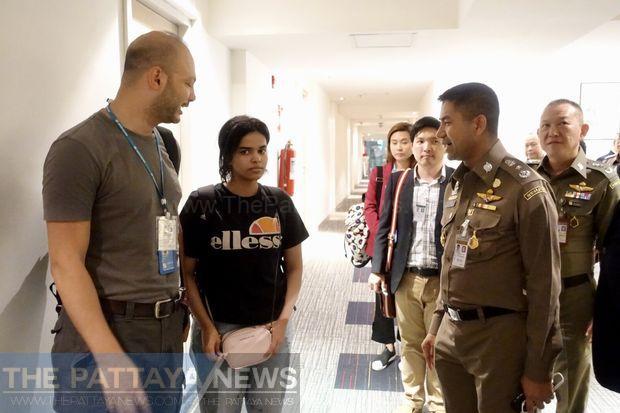 Thailand’s immigration chief has vowed not to force refugees to return home “involuntarily”, after a Saudi woman’s desperate plea for resettlement drew global attention to a country that does not recognise asylum seekers.

The country is not a signatory to a UN convention on refugees and has long come under fire for holding them in detention centres or deporting them back to repressive regimes where they face prison or worse.

Many cases do not make headlines but that changed earlier this month when 18-year-old Saudi runaway Rahaf Mohammed al-Qunun arrived in Bangkok and staved off deportation by barricading herself in a hotel at the airport, live-tweeting the standoff to an international audience.

She was handed over to the UN refugee agency within days and resettled to Canada within a week, where she was welcomed by Foreign Minister Chrystia Freeland after landing in Toronto on Saturday.

Qunun said she suffered abuse in the ultra-conservative kingdom and refused to see family members who came to Thailand after her flight.

The lightning-fast processing of her case was unprecedented for Thailand and was overseen almost from start to finish by immigration chief Surachate Hakparn, a blunt-talking media savvy official nicknamed “Big Joke” who was recently appointed to the role and vowed reforms.

Responding to questions about Thailand’s treatment of refugees, Surachate told an audience at the foreign correspondents’ club he would take a new approach and that under his supervision “there will be no one sent back to the country if they don’t want to go back.” He added that as chief of the department, “we will now follow international norms.”

But the claims were met with scepticism given the November arrest in Thailand of refugee footballer Hakeem Al-Araibi, who had been granted permanent residency in Australia but was stopped at the airport in Bangkok while trying to go on vacation.

Al-Araibi, a former player for Bahrain’s national team, is wanted on charges relating to the damage of a police station during the Arab Spring in the Gulf State, but rights groups say he was playing a match at the time and the allegations are false.
Surachate said the case was different as there was an outstanding arrest warrant for Al-Araibi in Bahrain, but said that he could argue his case in court.

Australia has called for Al-Araibi to be returned to the country, where he lives in Melbourne and plays for a semi-professional football team.

He also said that the processing of Qunun’s experience would not serve as a model for future cases in Thailand and denied that authorities caved to pressure as the story went viral and Qunun picked up tens of thousands of Twitter followers.

“Each case will be considered case by case,” he said.