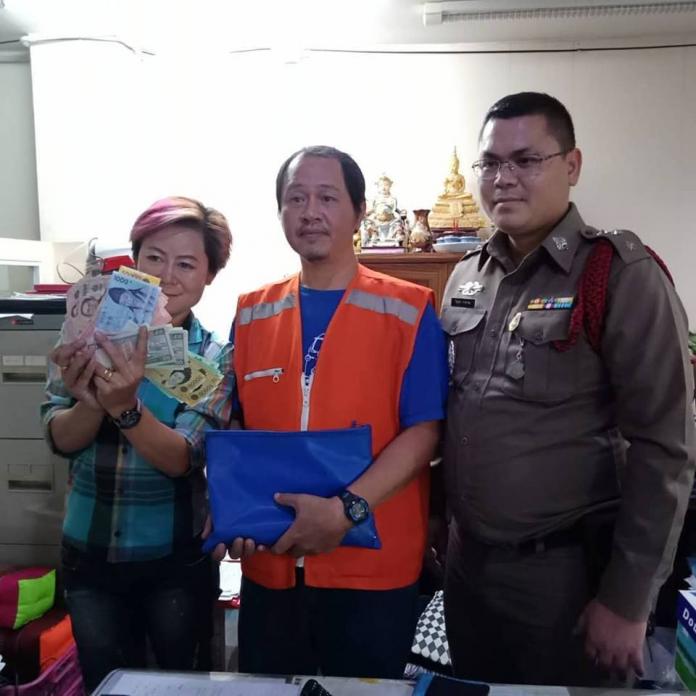 At 1230 AM this morning a 45 year old motorcycle taxi driver spotted something unusual on Beach Road near SOI 5 in Pattaya. A blue bag was lying on the side of the road unattended. 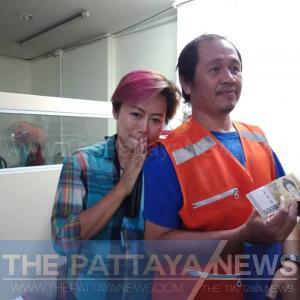 He investigated and discovered the bag contained cash worth about 40,000 baht and several credit and debit cards as well as identification for a 41 year old Thai female national.

What did he do?

He immediately went to the police station on SOI 9 where officers on duty helped reach the woman who arrived overjoyed. She stated that she had dropped it by accident and thought she would never see the bag again.

Pattaya police were very impressed with the actions of the driver and the woman rewarded him with about 2000 baht.