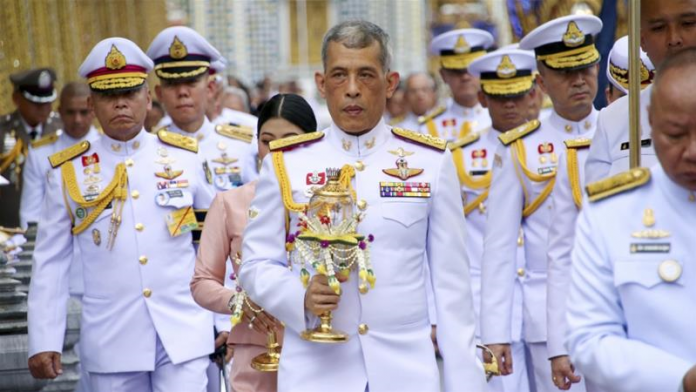 Thailand’s king is to be officially crowned in an elaborate three-day ceremony held on May 4-6, the royal palace has announced.

King Maha Vajiralongkorn, 66, has been serving as the constitutional monarch of the Southeast Asian nation since shortly after his father – King Bhumibol Adulyadej – died in October 2016 at the age of 88.

“His Majesty deems it fit to hold the coronation ceremony per royal traditions for the good fortune of the nation and the kingdom, to be enjoyed by the hopeful people,” the palace said in a statement on Tuesday.

His official coronation had been delayed until after a period of mourning for King Bhumibol, who reigned for seven decades and was revered as a semi-divine figure in Thailand.

“I agree to accept the wishes of the late king … for the benefit of the entire Thai people,” King Maha said in December 2016 when he assumed his position after accepting an invitation from parliament to succeed his venerated father.

“This royal succession highlights a desire for stability and continuity in Thailand.”

His coronation will come two and a half months after Thailand’s general election on February 24, the first since 2011, and will coincide with the anniversary of Bhumibol’s coronation on May 5, 1950.