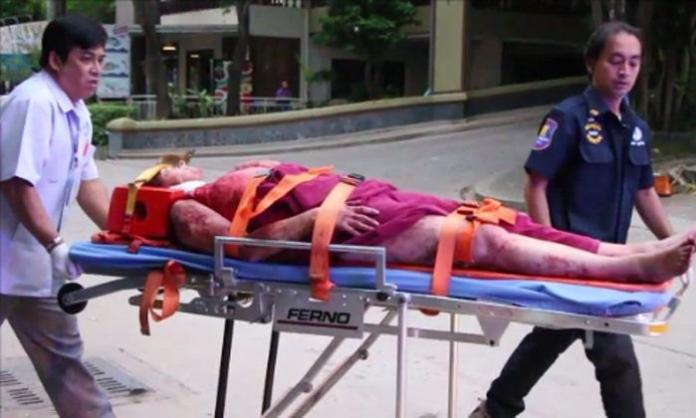 Sanook reported that a Norwegian woman fell from the fourth floor of a Pattaya hotel early Friday morning.

It was two hours before she was discovered lying in a crevice by the side of the hotel.

She was covered in blood and seriously hurt. She was attended at the scene around 6:30AM by Sawang Boriboon rescue services and taken to a local hospital.

She had eventually been discovered by someone out for a walk who alerted hotel security.

Sanook said there was no indication yet as to why the woman fell.

Neither the woman nor the hotel was named.