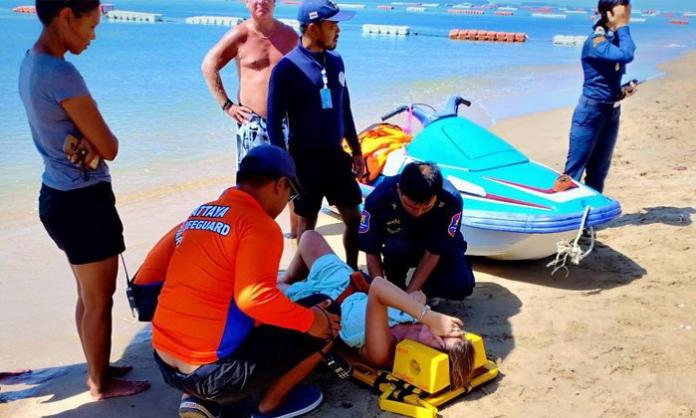 A Jet Ski driver is in custody after an accident that left a Dutch tourist, Wendy Wijmenga, 42 years old in a hospital yesterday, December 13th, 2018 around 1:00PM on Jomtien Beach. 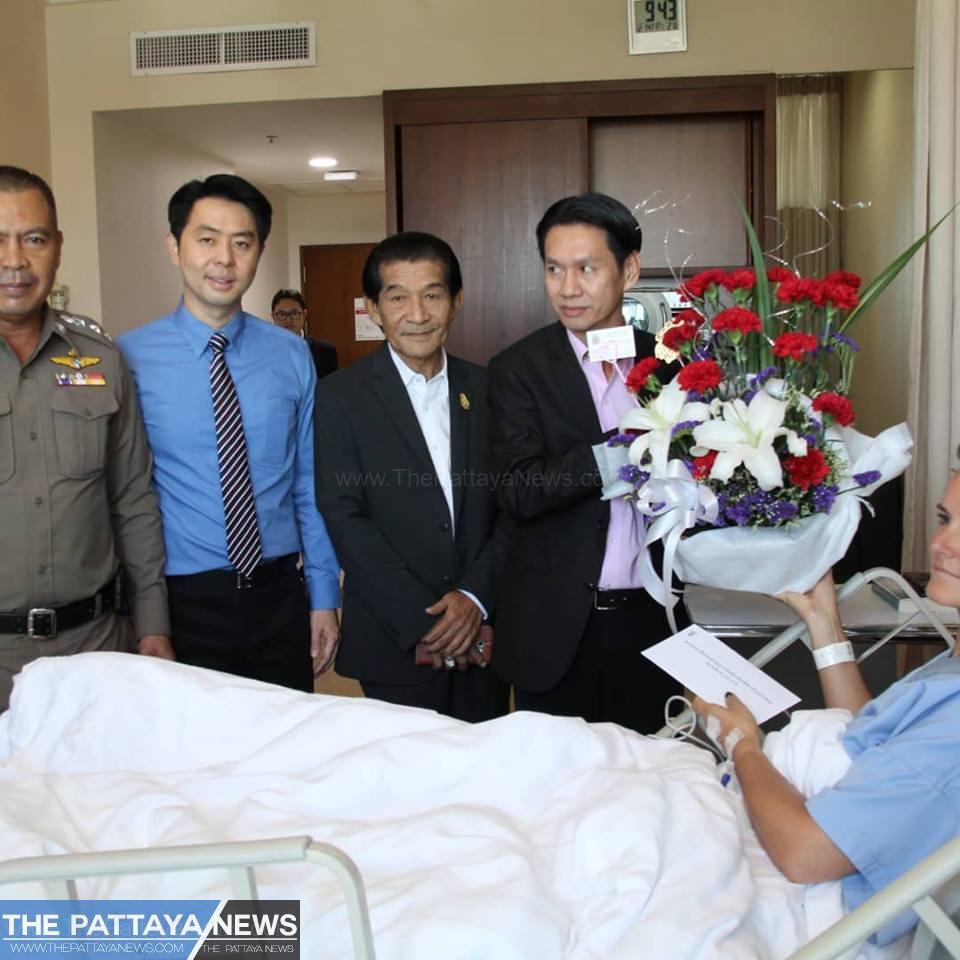 Fellow tourists said that the Dutch lady was about to enter the water at Jomtien when a speeding Jet Ski ran into the beach sending her flying onto the sand.

Sawang Boriboon rescue attended the scene and took her to Bangkok Pattaya Hospital. She appeared to have suffered possible knee and leg fractures.

Driver Pornthiwa Karakate, 22, said he had tried to avoid another tourist swimming in the water and ended up going into the Dutch Tourist at full speed.

He said he had borrowed the Jet Ski from a friend. He had no license. 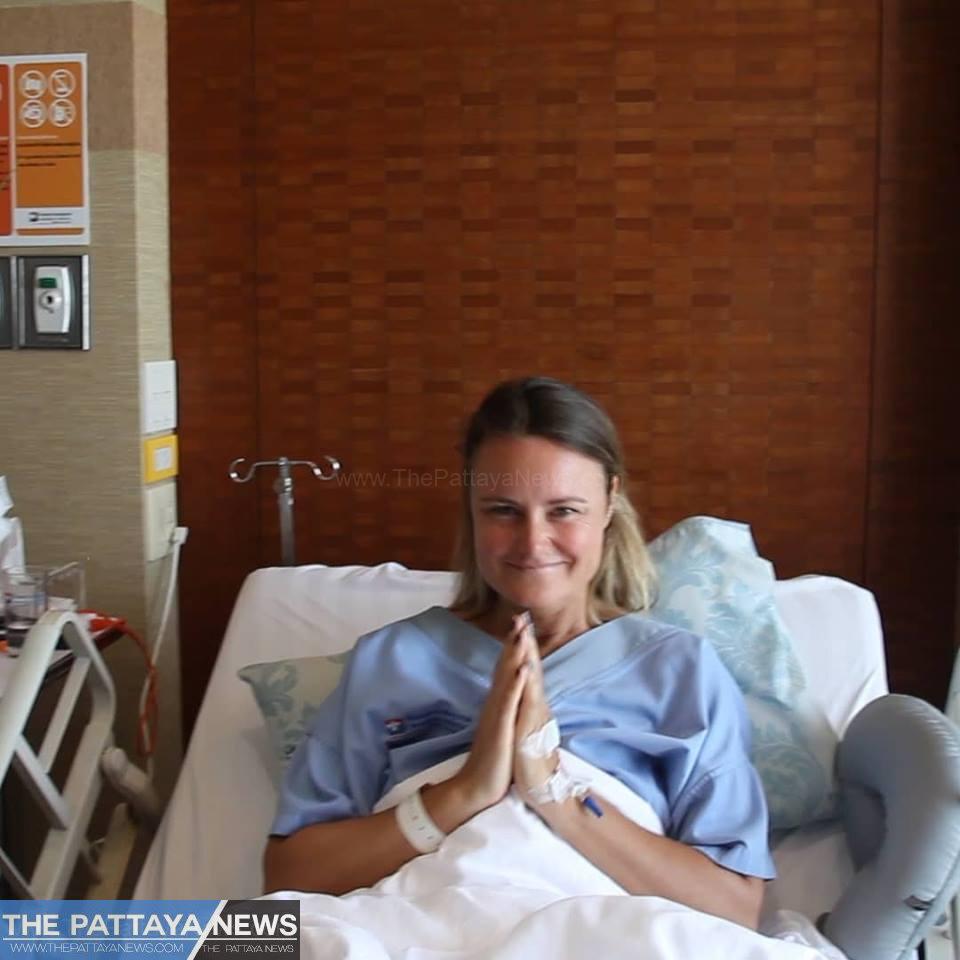 The City donated 20,000 baht towards her recovery and gave her flowers and apologized for the incident.