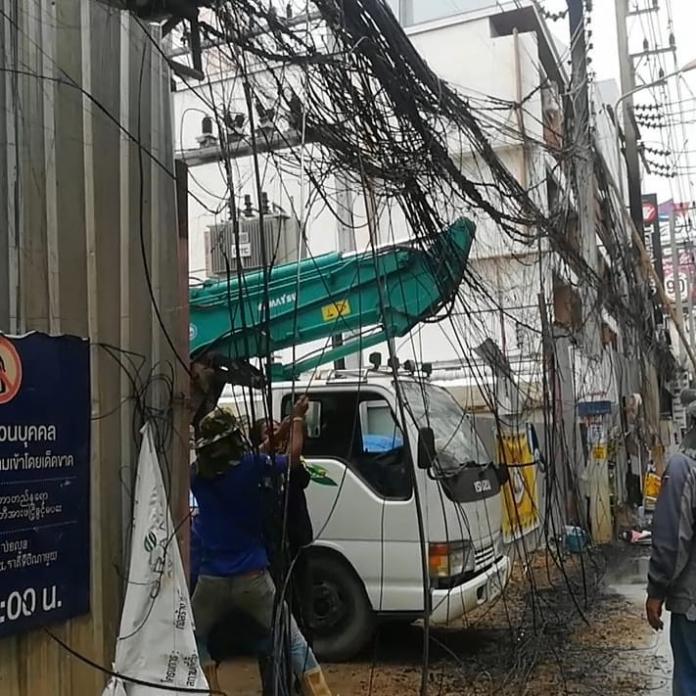 An electrical fire caused by a short circuit in communication wires behind the Avenue Shopping Mall yesterday at 3:00PM is being investigated this afternoon.

The fire shocked tourists and locals when a sudden flash and spark set a large section of the communication lines on fire yesterday. The area is heavily trafficked and the fire was witnessed by dozens.

The wires were directly above a motorbike taxi stand. The drivers were alarmed by the sudden fire but none of them were injured. They also were responsible for keeping tourists away from the flames and for calling the fire department. 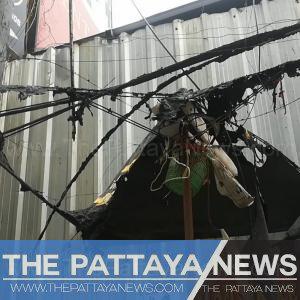 Fire officials arrived quickly and put out the fire within about twenty minutes. Luckily the fire did not cause any major damage.

Officials who spoke to the Pattaya News stated the lines will be replaced and the entire area investigated.