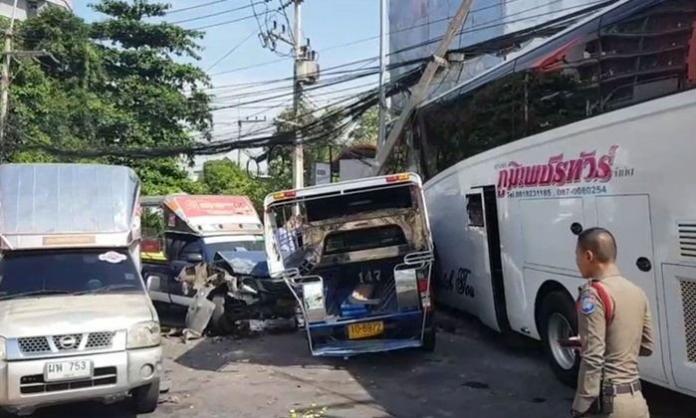 A pile up at the Thappraya intersection in South Pattaya yesterday left eight people injured and six vehicles badly damaged.

The accident occurred as the driver of a bus coming from Jomtien lost control on the hill.

Ms. Surat, 40, said she was travelling to South Pattaya with her foreign husband. The bus came along Thappraya Road at speed and hit their vehicle spinning it round several times before they hit a power pole.

The bus then plowed into other vehicles waiting at the lights.

The eight injured were in private cars and on bikes and were also passengers in a baht bus (song thaew). They were taken to several hospitals in the Pattaya area.

The bus driver Thanawat, 50, said his brakes failed. Police are investigating the incident.