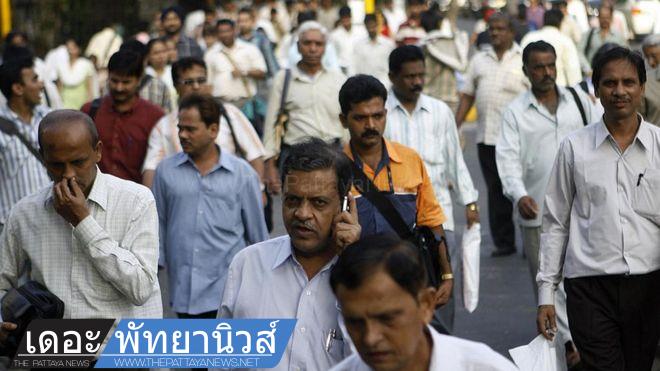 The head of the Association of Thai Travel Agents has said that he expects tourism from India to increase markedly over the next ten years.

By 2028 he expects 10 million visitors annually from the sub-continent.

While the increase in Chinese tourism is expected to slow from previous trends there will still be 20 million visitors from there in ten years.

He has also called for the free visas on arrival to be extended from January to after Songkran and conditions made easy for tourists to visit neighboring countries of Thailand.

Wichit Prakorpkoson, the chief of ATTA, was speaking to Thai Rath.

He said that he expected Chinese tourism to be back to normal by January 2019 after the downturn of the previous four months. He expects figures to show 10.5 million visitors from China this year among the 38 million total arrivals.

He said that 20% growth in Chinese tourism year on year was no longer likely but he expected 11-11.5 million Chinese to come in 2019.

Future rises are more likely to be between 5-10% meaning that 20 million Chinese could be coming by ten years time.

Tourism and Sports Minister Weerasak Kowsurat revealed in the same article that requests have been made and granted for an increase in flights from India into Phuket and Don Muang airports.

Slots have been found but overnight parking for the aircraft remains a pressing issue, he said.

He also wants to make renting vehicles easier for tourists by making temporary licences easier to get and doing away with fines levied on people renting to those without licences.

ATTA’s Wichit said that the government’s waiver of fees for visa on arrival for twenty nations was having a positive effect – this includes Chinese nationals who do not have to pay 2,000 baht at the moment.

He called on the scheme to be extended from the 13th of January to after Songkran in April.

He also asked the government to consider the issue of re-entry permits and extend these to two months to enable visitors to Thailand to visit neighboring countries with more ease.