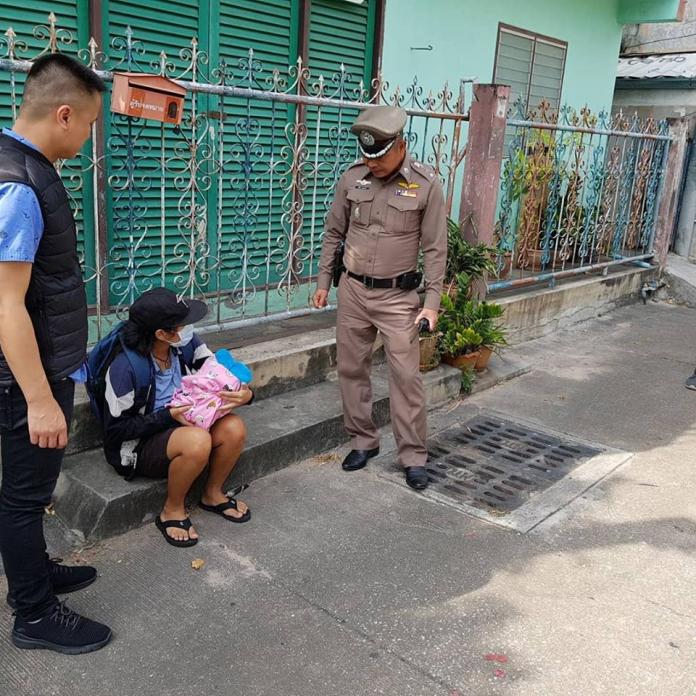 On November 30th, 2018, Police arrested Ms. Phamay Viengsanga, 20 years old, for being on overstay for nearly eight months and begging with a new-born child on Third Road in Pattaya. The child is suspected of not being hers.

The woman had been reported to be begging in front of a residence on Third Road with a new-born child and the owner called the police on November 25th, 2018. The owner stated that Ms. Viengsanga left the child at the scene and fled. The child was taken into custody by social welfare workers and is currently at a local medical facility being taken care of. Ms. Viengsanga was captured today, November 30th, 2018.

Ms. Viengsanga, who is from Laos, stated that nine months ago she came to Pattaya to work in a beer bar. She stated that she met a Japanese man who she only knows as Mr. Kim, 35 years old, and that he got her pregnant. She stated that she lived in a room on Soi Buakhao in the Little Chord residence which is where she was captured. 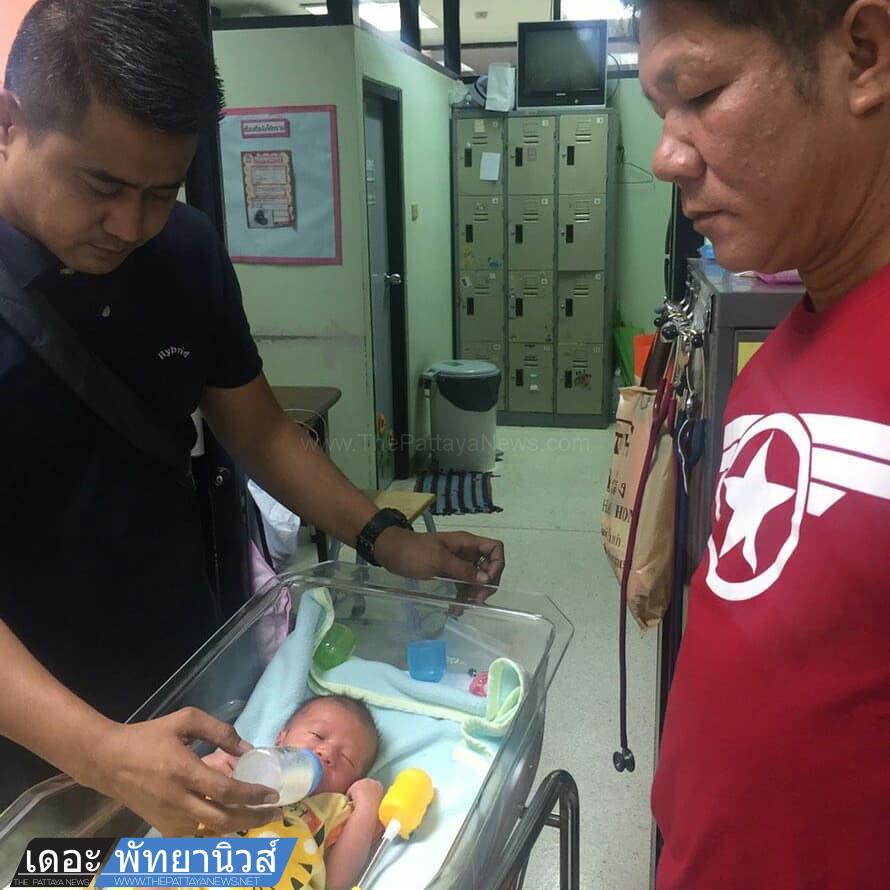 She stated that she gave birth earlier this month herself in the residence alone. Police do not fully believe this statement as Ms. Viengsanga has been implicated previously in begging with children who are not hers. Additionally, police located a recent photo of Ms. Viengsanga out eating and drinking with two unidentified men, suspected to be from Laos. 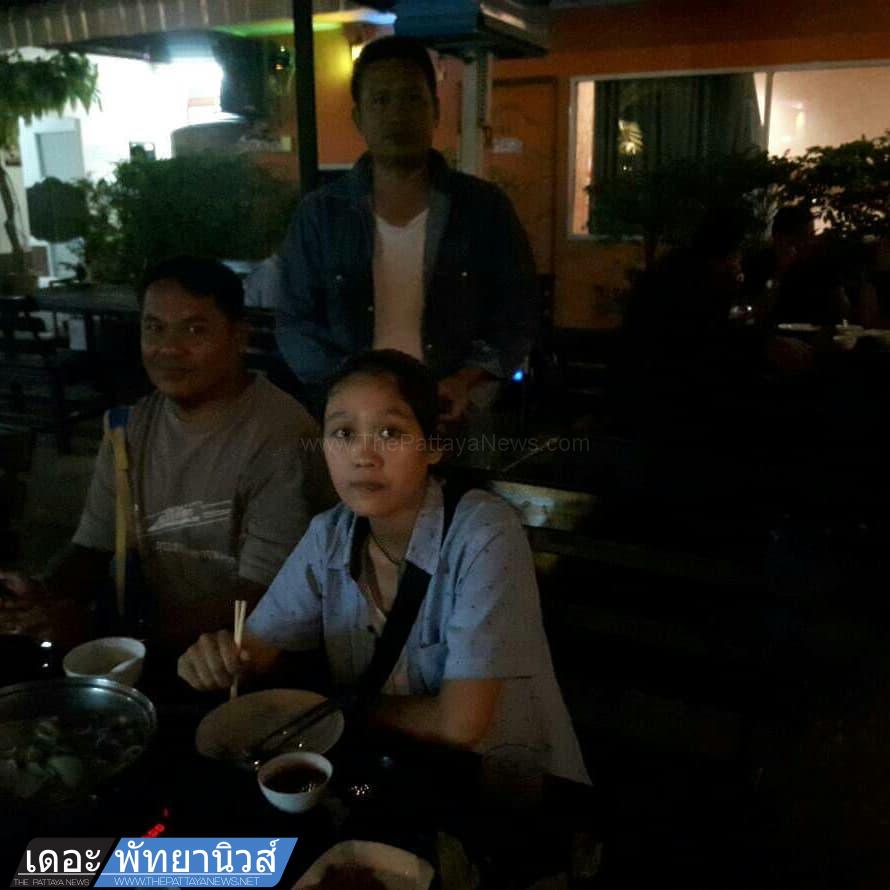 Police officials stated that the majority of female beggars in the Pattaya area are from Laos and organized by foreign rings who bring the children and women here to earn money.

Ms. Viengsanga will be charged and deported back to Laos. She performed a re-enactment with police at the residence on Third Road today, November 30th, 2018. The child will continue to be given proper care and social welfare officials stated will be properly treated and found a good home.