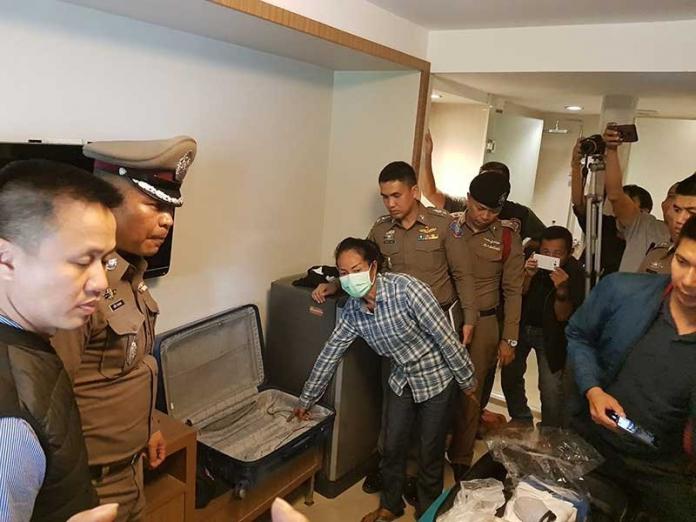 The chief of the Pattaya police took a Walking Street “massage artist” on a re-enactment for the cameras after she stole hundreds of Euros worth about 12,000 baht from a tourist.

The man who was not named to theNnews had met Netrathip “Kaew” Yingyong, 48, in the street on Sunday and taken her back to room 218 in a nearby South Pattaya hotel for a “massage”.

After what the tourist called a “massage” the tourist dozed off and Kaew went through his possessions making off with 200 Euros and 4,000 Thai baht, roughly a grand total of 12,000 baht. The tourist discovered the theft and reported the matter to the Pattaya Police.

CCTV soon led to her downfall and charges of theft during the hours of darkness. The woman had also left her ID card with the front desk who had properly made a copy so was easily caught.

The video showed Kaew pointing at the tourist’s suitcase and some clothes in a wardrobe.

She will be prosecuted per Thai Law.