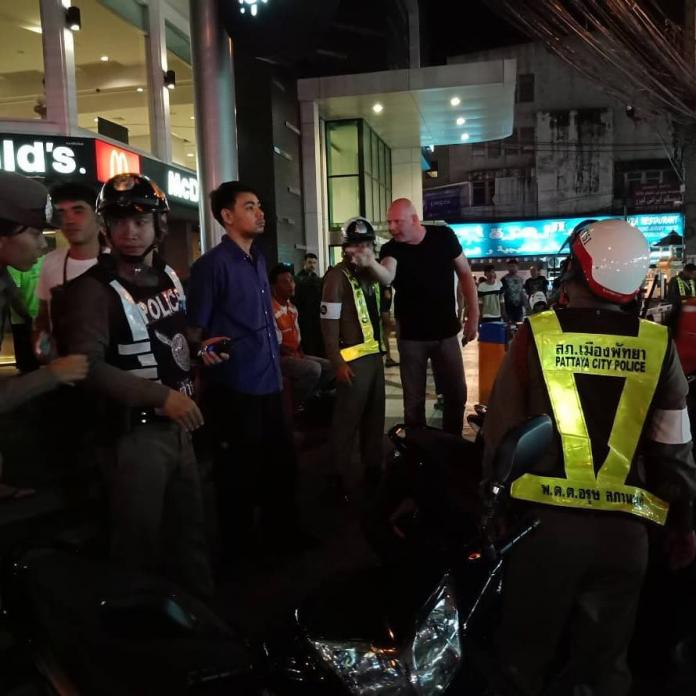 A foreign tourist, who is believed to be from the UK, was arrested last evening around Midnight when he attacked a motorbike driver after the driver refused to give the intoxicated and angry man a ride.

According to multiple witnesses, the man, who has not been named to the press, stormed out of a Mcdonalds restaurant in a foul mood, kicking the door and screaming at staff. The man, who is of a large and intimidating stature, went to the motorbike stand in front of the restaurant. He demanded a ride, screaming at the drivers. Restaurant employees we spoke with stated that the man was in a foul mood at the restaurant, berating and hassling staff and other customers and was asked to leave. 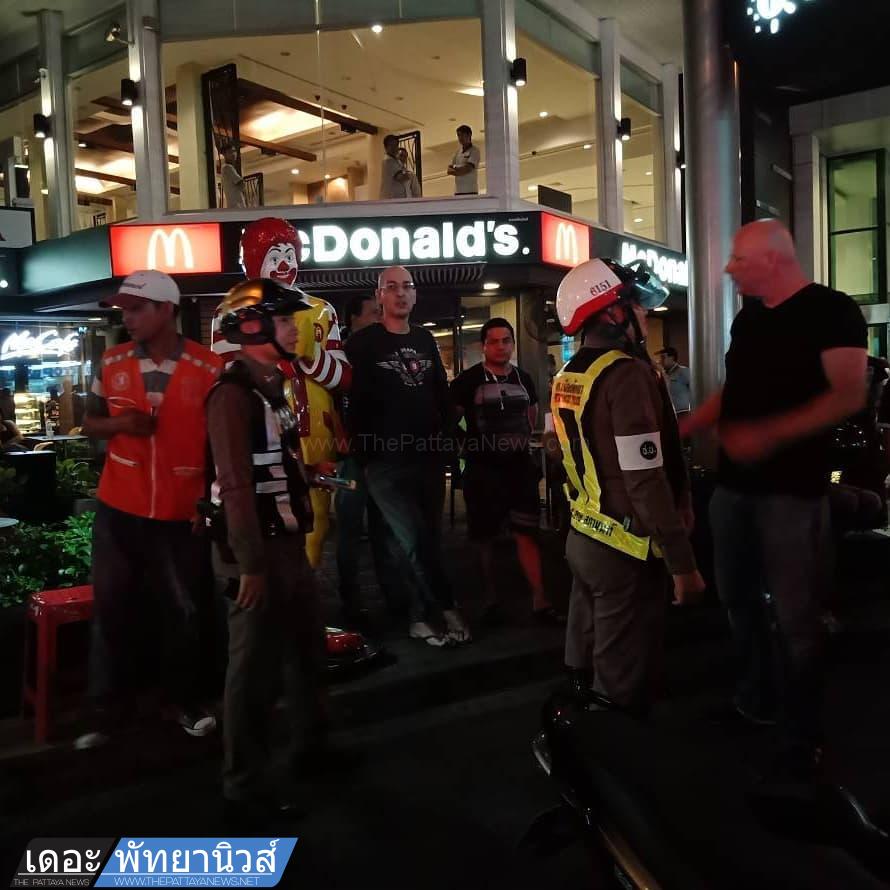 Mr. Kittisak Nimanong, 30, refused to give the man a ride, stating he feared for his safety and the man was being threatening and obviously intoxicated. The tourist, enraged at the refusal, attacked Mr. Nimanong with several punches to the face. Mr. Nimanong then proceeded to hide behind a car as the tourist, who is nearly twice the size of Mr. Nimanong, challenged him and the rest of the taxi drivers to a fist fight.

Witnesses stated that the tourist then began to threaten and intimidate bystanders. Traffic police who were working nearby  rushed to assist, however, the man refused to calm down.  As can be seen on the video the man threatened the traffic police to fights as well. 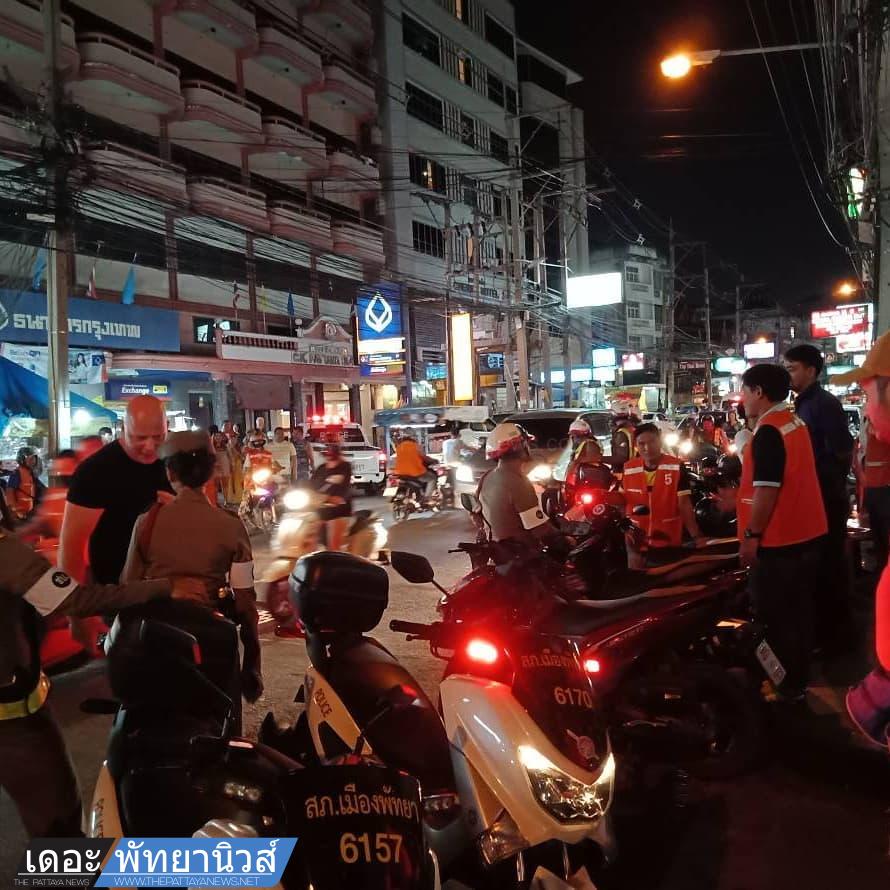 Police Lt. Chawalit Suwanmanee and a team of police officers were called to the scene and our embedded reporter joined them.

The man refused to calm down for the police, threatening bystanders, our reporters, people recording the incident and continuing to challenge everyone to a fight. He was arrested and taken to the police station. Mr. Nimanong went along, however, declined to press charges and the two parties reached a financial agreement for the unsolicited attack. The tourist was released after spending some time at the police station calming down and likely sobering up.