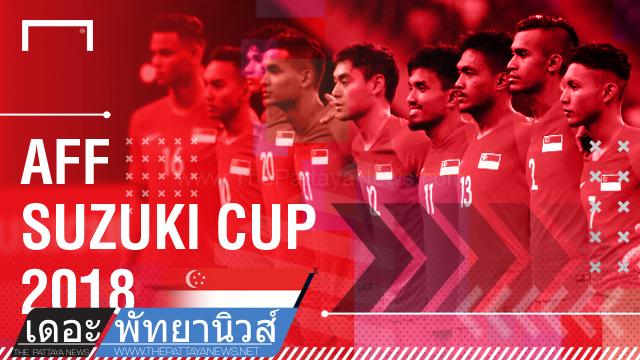 Singapore slumped to a 3-0 defeat to Thailand in their final group game which saw them crash out of the group stage: a similar fate experienced in the last edition.
It was a good start by Singapore as they moved the ball well and looked to threaten the Thai goal. In the 7th minute Ikhsan Fandi unleashed a shot at the edge of the penalty box and saw his effort saved by the War Elephants’ number one.

From there on however Thailand began to dominate the game and this was shown when in the 13th minute the Lions failed to deal with a corner, which saw Irfan Fandi put through his own net, giving the Thais the first goal.

Things got worse for Singapore when a clearly nervous Zulqarnaen Suzliman made a horrendous error in clearing the ball, which allowed striker Supachai Jaided to capitalise and score his country’s second goal in the 23rd minute.

It was obvious that Thailand’s counter attacks were causing Singapore all sorts of problems and in the 33rd minute, Singapore’s defence was carved open but Hassan Sunny again came up big to deny his Thai counterparts.

Singapore seemed listless by now and as the first half came to a close, Thailand nearly added another but for a poor cross.
The second half wasn’t very much different from the first but in the 53rd minute Singapore had a good chance with a close range free-kick, but failed to score. Indeed the Lions’ blunt attack was causing their downfall coupled with the intimidating atmosphere as 29,716 fans made their voices heard.

Singapore was floundering and the signs pointed to another goal for their opponents. The 72nd minute saw Hassan display his sharp reflexes to give his team a glimmer of hope. But it was plain to see that the War Elephants had so much more quality, and in the 89th minute Adisak Kraisorn sealed his team’s passage into the semi-finals by scoring the third goal of the game.