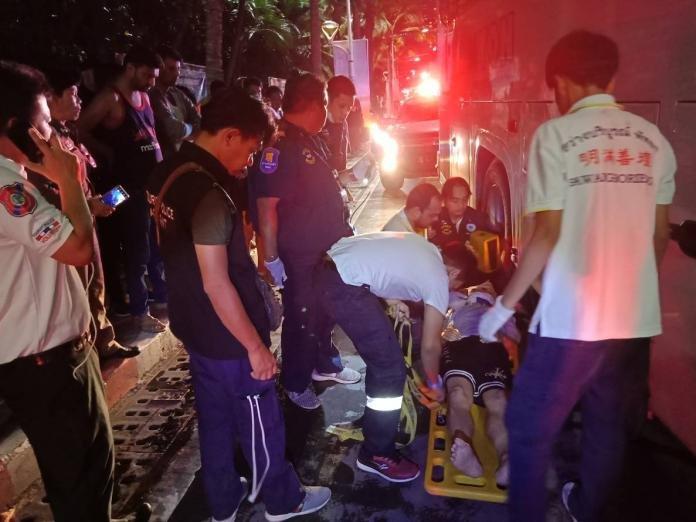 We reported earlier this week that a Japanese tourist was taken to Memorial Hospital after he fell under the wheels of a tour bus while crossing the road in Central Pattaya on Wednesday night. We are happy to report he is in stable condition and expected to recover from his injuries.

The bus belongs to Sermyon Tour – a sticker on the rear described the service as “Expert Bus”.

Driver Phaisan Saengsai, 52, said that he was on his way to Walking Street with a group of Chinese tourists.

He said the pedestrian staggered and fell under his wheels.

He stopped immediately and got down to investigate before calling the police and rescue services. Police have investigated the incident and examined CCTV and will not be charging the driver as the pedestrian staggered into the bus and ran in front of him.