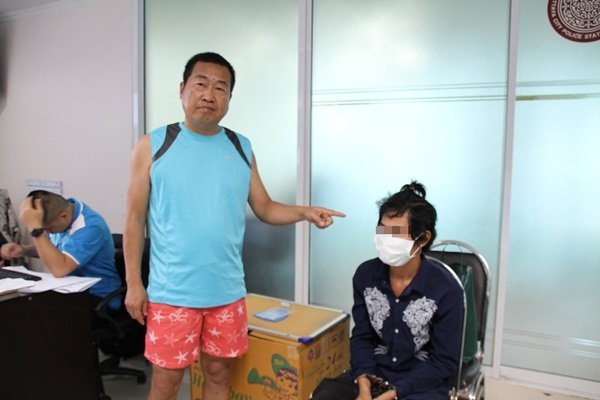 A Cambodian was arrested on Wednesday for allegedly stealing 4,200 yuan (Bt19,950) in cash from a Chinese tourist at the restaurant where he worked on Koh Lan off Pattaya beach.

Chea Heng, 25, was arrested after Jing Lin Piao filed a complaint with police on Tuesday night alleging that cash was stolen from his bag inside the toilet of the TN restaurant on Haad Ta Waen Beach on Koh Lan.

Jing told police that he had hung his backpack in front of a toilet stall and emerged five minutes later to find that the cash was gone.

Police checked footage from security cameras and saw Chea allegedly taking the cash to hide in the workers’ living quarters at the restaurant.